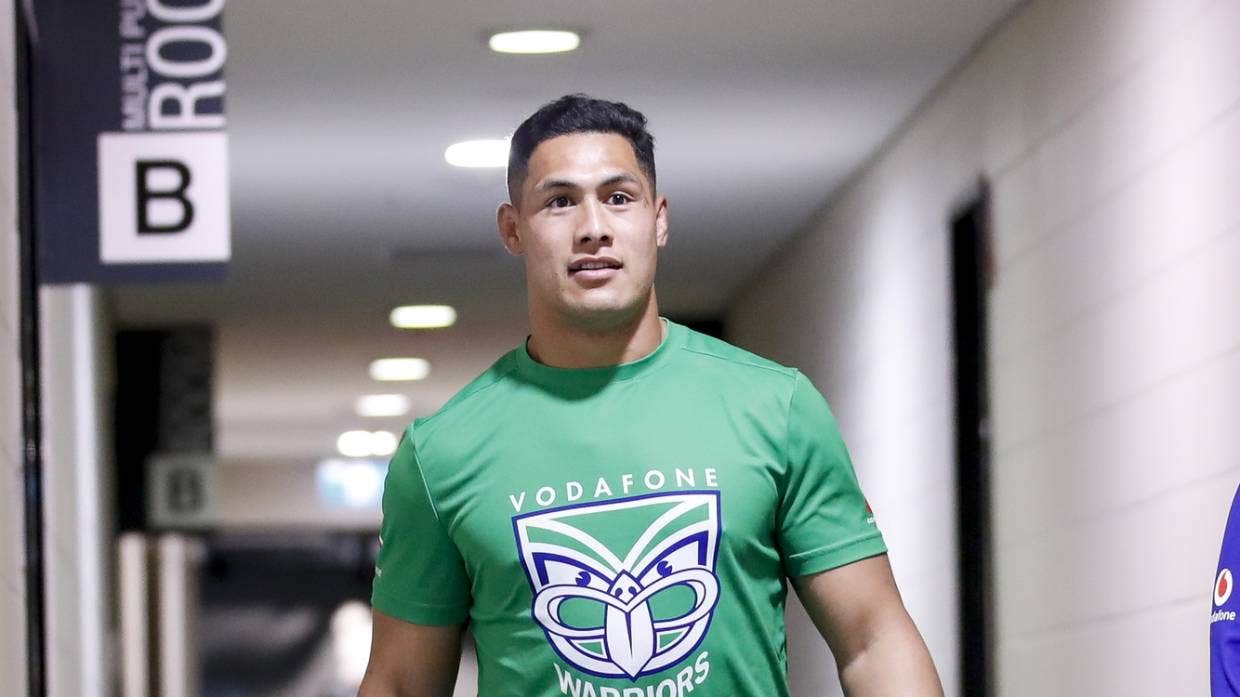 Star rugby league convert Roger Tuivasa-Sheck is still feeling like a rookie ahead of his long-awaited return to rugby union.

After 10 seasons in the NRL, the former Warriors captain had joined the Blues for the 2022 Super Rugby Pacific season.

Tuivasa-Sheck played almost 200 matches in the NRL, captained the Warriors for five seasons and – in 2018 – was named the best player in rugby league’s best competition.

But despite months back on the rugby union training paddock, he wasn’t quite feeling like a rugby player again just yet.

“I keep telling myself it’s not until I lace up and run out in the colours that it’s going to feel official.

“At the moment I feel like just a rookie and I’m learning.”

After Auckland’s Covid-19 lockdown denied him a 15-a-side return via the NPC several months ago, the 28-year-old was set to finally get that chance next weekend.

The Blues pre-season match against the Hurricanes on the North Shore would be Tuivasa-Sheck’s first game of union since his final year at Auckland’s Otahuhu College.

He said the 15-man code had moved on a lot during that decade.

“It’s just totally different, to be honest, coming in at this level.

“Playing back in school, it’s different, it’s hard to bring those skills I had back in high school to this level.

“Probably the other tough part is trying to break my league habits.”

But Blues coach Leon MacDonald believed his star recruit had been picking things up quickly.

MacDonald said Tuivasa-Sheck’s professionalism had shone through, and agreed there was only one thing left to do.

“You need to get out there and have a game. That’s when you really know what you need to work on…

“There’s only so many times you can run around against your mates but he’s building some good relationships with the players around him, getting some good combinations and understands his role really well.”

Of course, Tuivasa-Sheck was not the first to make this kind of switch.

He had spoken to several who had been there before, including former All Blacks midfielders Sonny Bill Williams and Ngani Laumape.

But he pinpointed former All Blacks captain Tana Umaga as his key sounding board.

“Once I got told I’d be looking to play midfield, I reached out to Tana and tried to pick his brains.

“I don’t think there’s anyone better than Tana there, especially defensively. Having someone like like to always fall back [to] and ask questions [has been great].”

Having Caleb Clarke, the All Blacks breakout star of 2020, to train alongside early on had also been valuable.

Tuivasa-Sheck said he had picked up a lot in their sessions and, with a training partner as big and powerful as Clarke, one of key takeaways had been the need to spend as much time in the gym as he was on the grass.

“With league and union, there is a lot of different bodies.

“There’s a few quick cheetahs out there and a few hippopotamus’. You have to try and adapt to different shapes.

“Definitely as a midfielder I’m trying to add a bit more weight.”

But, those extra kilograms aside, there was really only one thing on Roger Tuivasa-Sheck’s mind.

Come next weekend, the rugby league star would be able to call himself a rugby player once again.