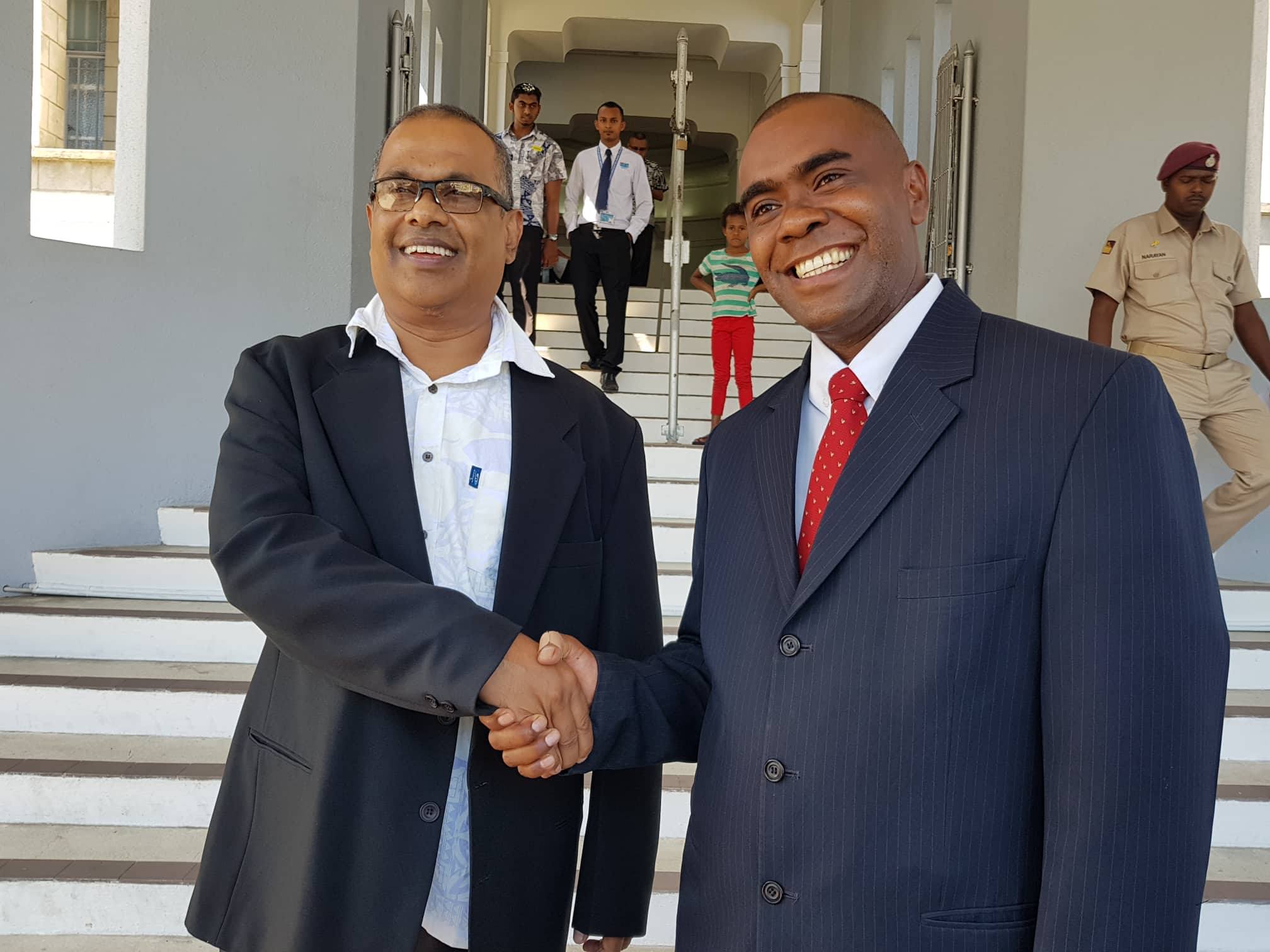 SUVA High Court judge Justice Vinsent Perera has ordered a re-trial in the case of former SODELPA parliamentarian Mosese Bulitavu and Fiji United Freedom Party President Jagath Karunaratne who had appealed against their conviction and sentence. It is alleged the two were involved in spray painting words in different places between Nausori and Suva with the seditious intention of bringing into hatred or contempt or to excite disaffection against the government of Fiji.

Justice Perera said there was a substantial miscarriage of justice.

He said the Magistrate breached or did not follow the fundamental legal principles.

He said it was clear the words were not spray painted by Mr Karunaratne and Mr Bulitavu, adding the offence was committed by more than one person.

Justice Perera noted the citings of case laws by Magistrate Prakash, saying she did not follow it; and that it was clear that she had not made a finding of the alleged act.

He has set aside the conviction and has allowed the appeal.

Mr Bulitavu and Mr Karunaratne have been released on bail.

The matter has been adjourned to September 24 and will be called before Chief Magistrate Usaia Ratuvili.