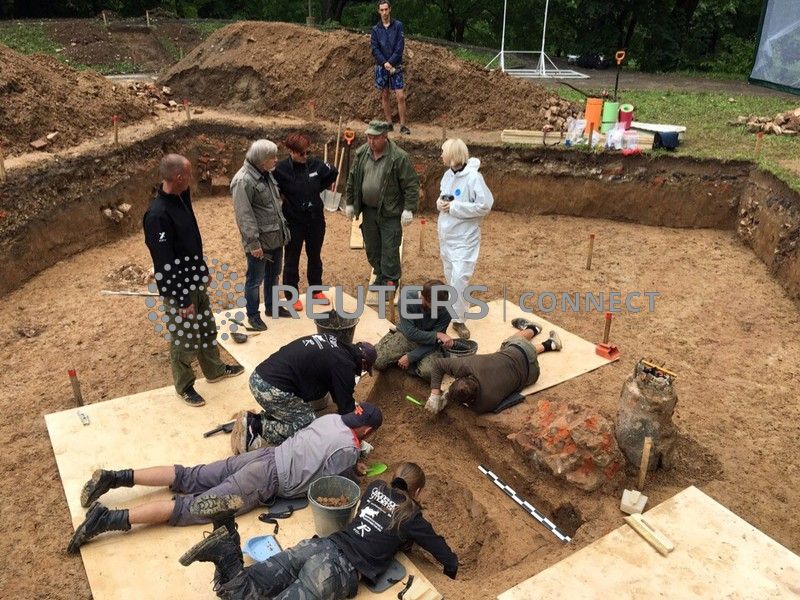 Archaeologists take part in excavation works after they discovered what they believe to be the burial site of French General Charles Etienne Gudin in a park in Smolensk, Russia in this handout picture obtained by Reuters on July 9, 2019. Smolensk newspaper 'Rabochy-put.ru'/Handout via REUTERS

MOSCOW (Reuters) – More than 200 years after he died of his battlefield wounds in Russia, archaeologists believe they have found the remains of one of Napoleon Bonaparte’s favourite generals buried in a park beneath the foundations of a dance floor. General Charles Etienne Gudin, whose name is inscribed on the Arc de Triomphe in […]