Reduction in duty on items 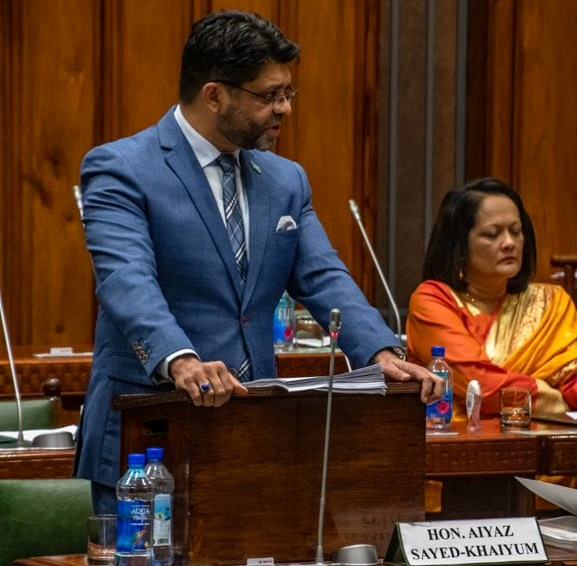 The Customs Tariff (Budget Amendment) Bill 2021 will see fiscal duty reduced on a number of items.

Attorney-General Aiyaz Sayed-Khaiyum told Parliament last week that the amendments made on Customs Tariff Act 1986 will see reduction of fiscal duty on green tea from five per cent to free.

“There will be reduction of fiscal duty on fruit juice that is not manufactured locally or that has no added sugar from 32 per cent to 15 per cent,” he said.

Mr Sayed-Khaiyum said there would be an increase in fiscal duty under Head 6305 from five per cent to 32 per cent to protect domestic suppliers of sacks and bags that fall under that heading.

He also said there would be increase in the allowance for the accompanied luggage from $1000 to $2000 for bona fi de passengers disembarking in Fiji.

Mr Sayed-Khaiyum said the amendment to the Bill would see the introduction of additional allowance for unaccompanied luggage at a value not exceeding $2000 for bona fi de passengers disembarking in Fiji, the introduction of crew allowance for flight crew members of international commercial scheduled flights, increase in the age limit for use and reconditioned petrol and diesel vehicles from two years to five years from the year of manufacture under concession code 287 to ensure accessibility to more recent and quality models of public service vehicles, provide hotels and resorts that have been granted duty concessions under concession code 235 for renovation and refurbishments, a further reduced rate of free fiscal and free import excise from August 1, 2021 to December 31, 2022 and reduction of fiscal duty on dairy products, such as powdered milk, liquid milk, butter, yogurt and cheese from 32 per cent to five per cent with effect from August 31, 2022.