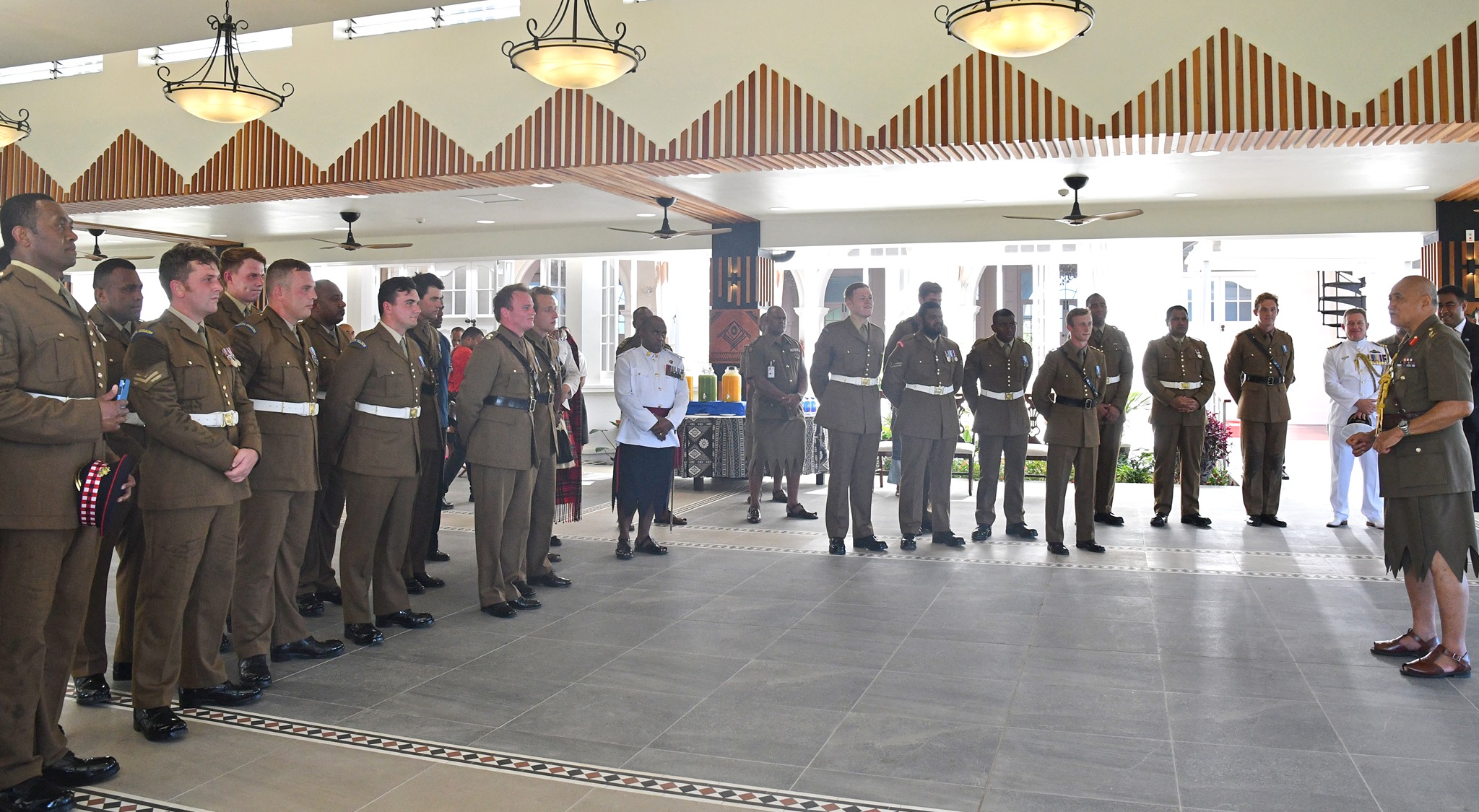 The President, Jioji Konrote speaks to the Scots Guards at the reception at the State House today. Picture: SUPPLIED

THE Scots Guards were officially welcomed by the President Jioji Konrote at a reception at the State House today.

Mr Konrote welcomed the regiment to Fiji and wished them well for the duration of their stay.

The Scots Guards were part of the “Change of Guard” ceremony that included the Republic of the Fiji Military Forces (RFMF) and Fiji Police Force that marched along Stinson Parade before the official change.

British High Commissioner to Fiji, Melanie Hopkins commended today’s event and says that this will strengthen the relationship between the two countries.

The RFMF now take on from the Fiji Police Force to guard the State House.