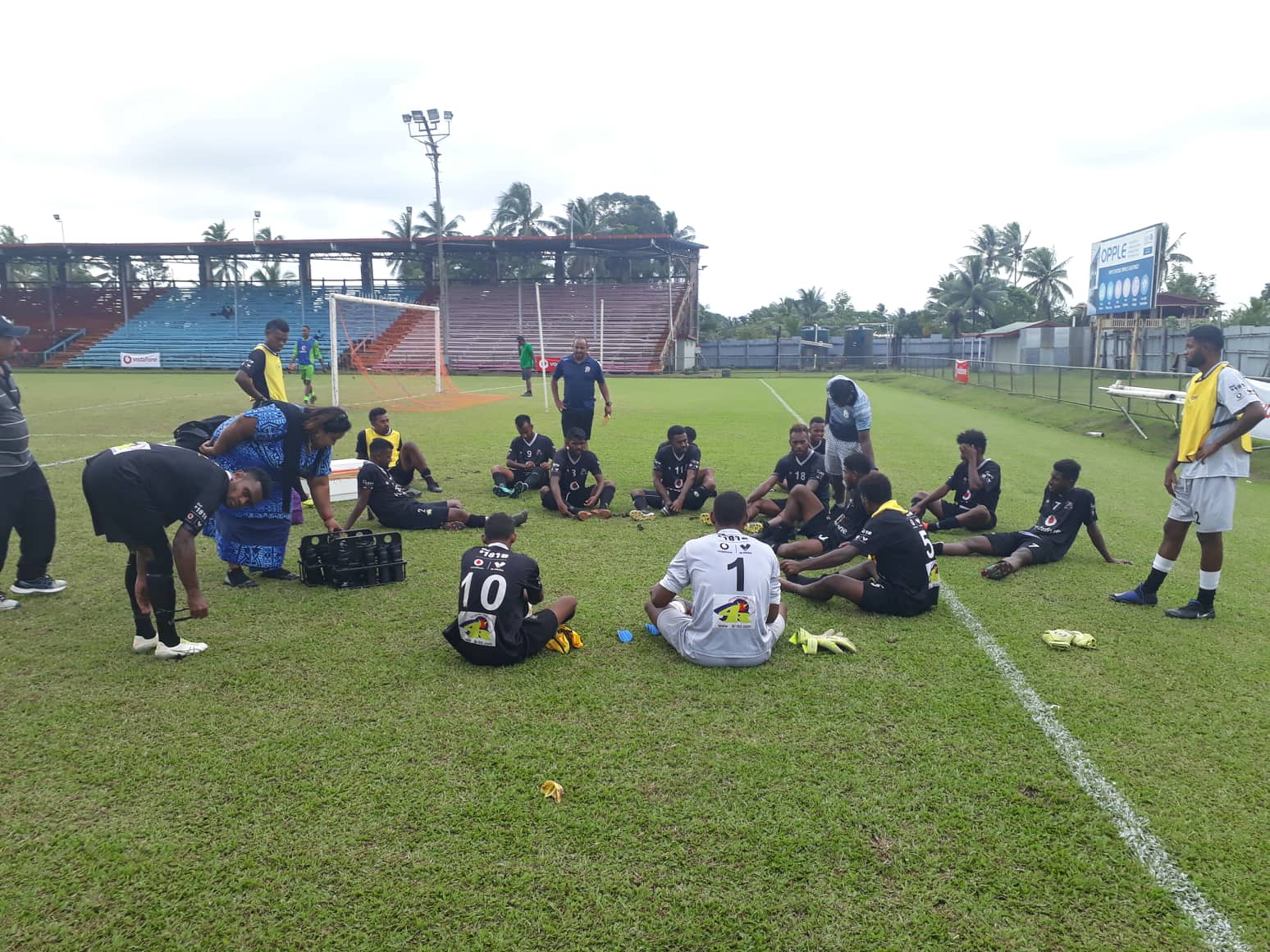 Ba players after their win over Rewa at their Vodafone Premier League match that was held at Ratu Cakobau Park in Nausori today. Picture: ROHIT DEO

THE Ba football side maintains its unbeaten run in the Vodafone Premier League competition.

Darold Kakasi gave Ba the perfect start with a goal in the 24th minute as Ba led 1-nil at half time.

Midfielder Avinesh Swamy was at the top of his game as he delivered a trademark free-kick from which Sanaila Waqanicakau scored Ba’s second goal.

Lautoka leads the standings with a better goal difference.

Ba is scheduled to play Lautoka in the VPL next week.