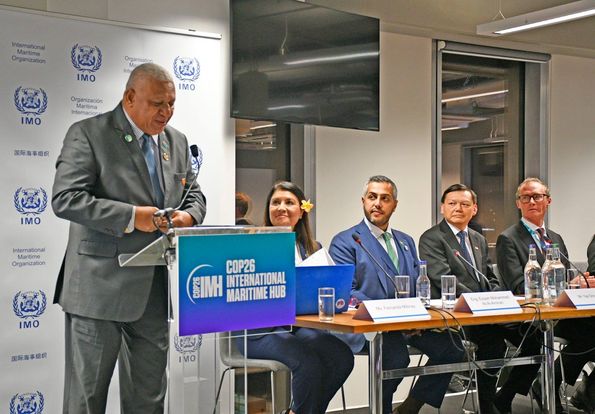 Prime Minister Voreqe Bainimarama stressed this while responding to the address by President Ratu Wiliame Katonivere during the opening of the Fijian Parliament last month.

“I see Fiji’s role in the fight against climate change as a defining commitment, much like our support for international peacekeeping,” Mr Bainimarama said.

Mr Bainimarama fully acknowledged their disappointment at some of the “shortcomings and compromises” at COP26 in Glasgow.

He said that was the nature of an international consensus-based agreement.

But he added that while some of the languages were weaker than we wanted, “we had a number of wins – big wins”.

“We procured a doubling of finance available for adaptation, with an agreement to independently monitor the commitment of developed countries to mobilise US$100million by 2023.

“That is already three years late, but we have the mechanism to hold their feet to the fire, so to speak.

“We resolved disagreements about carbon markets, and we agreed to scale up NDCs once again by 2022.”