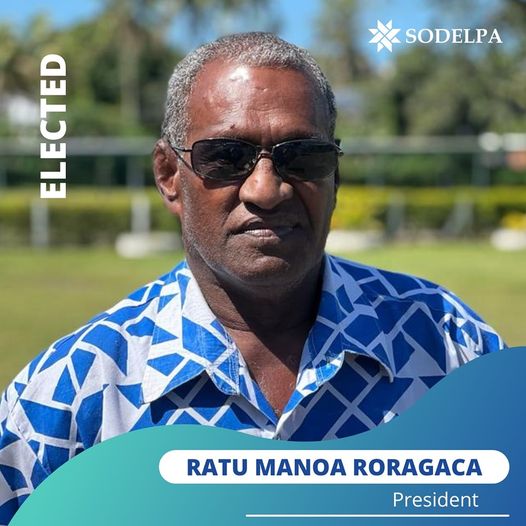 The new party president is Ratu Manoa Roragaca from the Naitasiri constituency.

The new office holders will serve for a term of two years.

SODELPA leader Viliame Gavoka said he was pleased with the outcome of the meeting.

“We are heading towards the elections and it’s happening any day,” Mr Gavoka said.

“Today (yesterday) was a governance process that needed to be done to solidify the party as we go into the elections.

“I’m very pleased with the way it has happened.”

Mr Gavoka said the party would now have a solid base.

“The new replacements are worthy executives and I know they would give me their support to take the party forward in the elections.

“We would be meeting on Monday to familiarise ourselves with the new team and we know them.

“Ratu Manoa is a strong SODELPA supporter likewise for Mr Kolikata and Mr Soqeta and Anare Jale he is a beacon of stability.

“The platform has already been set as we have 50 candidates already named in the line-up.”

Ratu Manoa has called on supporters present at the meeting to stand in unity and support the party candidates leading up to the election.

“I thank the supporters of SODELPA for their faith in nominating me for the role and I stand prepared in helping the manning of the party,” he said.

“When I saw people coming out in numbers today (yesterday), I know this would be a good general election for SODELPA and we will win because of the support that we have.”