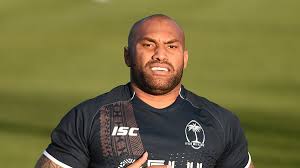 Flying Fijians winger Nemani Nadolo has spoken out on the Flying Fijians situation in France saying the team members are in high spirits and eager for their last remaining Autumn Nations Cup match against Georgia.

“If this was called off, I guess we would have been home already by now, but at this stage we still have a game in hand,” Nadolo told The Rugby Pod.

“Hopefully, the stars align and we can still get on the rugby pitch and show our worth.”

Nadolo said although he and his team mates were still in isolation in a hotel in France, they were optimistic of at least playing one game.

“From what we have been told, we are still at go ahead until something else comes up.

“But from what we know, we are still involved right to the end so there is a bit of light there.”

“We’ve had setbacks from the beginning when we were doing our preparation and as of tomorrow, our players come out of isolation and they will start preparing for the Georgia match so that is good news for the group because it’s been frustrating for all being in isolation,” said Raiwalui.