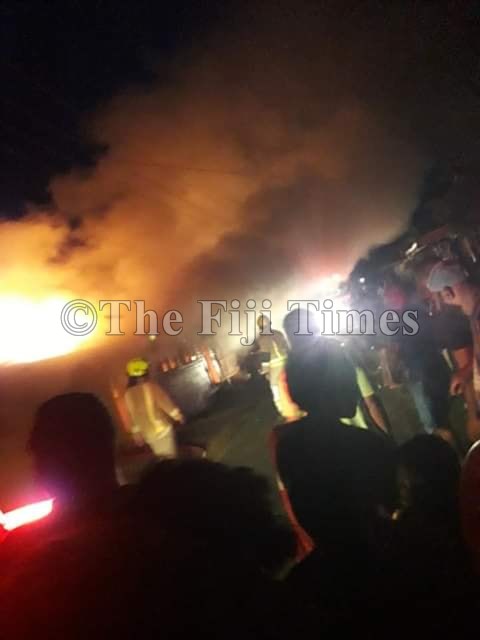 A fire destroyed three flats and and nearby homes were partially destroyed at Lumi Road in Nadawa last night.

Police say the fire which destroyed the flats started at around 7 pm.

The flats belonged to a 33-year-old man who managed to escape with his two children when the fire allegedly broke out from the kitchen.

The man sustained minor burns and no one was seriously injured.

Investigators will wait for the fire report from the National Fire Authority as investigations continue.