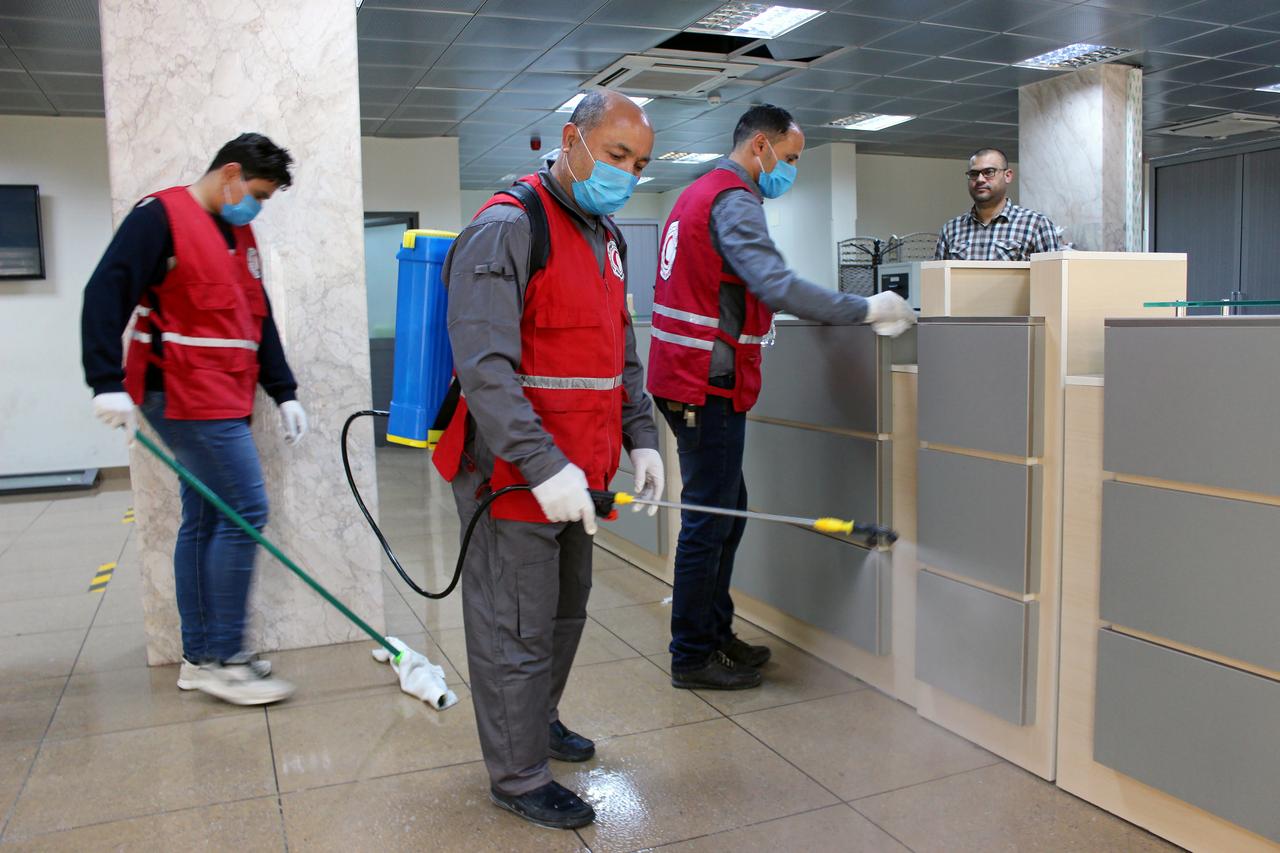 MISRATA, Libya (Reuters) – Artillery blasts shook Libya’s capital Tripoli on Sunday as fighting raged even as the nation confirmed five more cases of the coronavirus for a total of eight.

The National Centre for Disease Control said the new cases were in the northwestern city of Misrata, held by the Government of National Accord (GNA) which is at war with the Libyan National Army (LNA) of eastern-based commander Khalifa Haftar.

In chaos and without central authority since the 2011, Western-backed uprising that ousted strongman Muammar Gaddafi, Libya is poorly placed to withstand any epidemic.

The United Nations has urged warring parties to stop fighting so the overstretched health system can prepare. Cycles of conflict have destroyed much of Libya’s infrastructure and a financial crisis has stopped salaries to many medics.

The current phase of warfare began last year when Haftar’s LNA began an offensive to capture Tripoli, seat of the GNA which is recognized by the United Nations.

The conflict escalated last week when pro-GNA fighters mounted assaults on several fronts with clashes, bombardment and air strikes. The LNA had earlier been shelling Tripoli.

Loud blasts could be heard in central Tripoli on Sunday from fighting in the south of the city, one of the fiercest front lines, witnesses said.