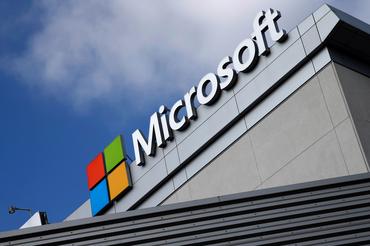 OAKLAND, Calif. (Reuters) – Microsoft Corp (MSFT.O) could re-energize its advertising business with a huge supply of video if it follows through on acquiring TikTok’s U.S. operations from ByteDance.

Reuters reported on Friday, citing a source familiar with the matter, that Microsoft is in exploratory deal talks as the U.S. government prepares to force China-based ByteDance to divest its video app TikTok over data security concerns.

Microsoft generates the bulk of its $143 billion in annual revenue by licensing software such as Windows and Office as well as cloud storage and computing tools through its Azure service.

The company, with advertising supported businesses including its Bing search engine, MSN news service and LinkedIn business social network, disclosed this month that its search ads sales grew 1% to $7.7 billion over the last year. But that growth was flat when excluding fees it pays to partner websites and apps.

The ad market research company eMarketer has estimated LinkedIn’s ad revenue at about $2 billion annually in the United States alone. But Microsoft also said this month LinkedIn ads sales have fallen this year as the novel coronavirus pandemic prompted advertisers to pare spending.

Social media services, including Facebook Inc (FB.O) and Alphabet Inc’s (GOOGL.O) YouTube, have seen their sales growth continue during the pandemic as users spend more time entertaining themselves online – particularly with video – and advertisers follow them there.