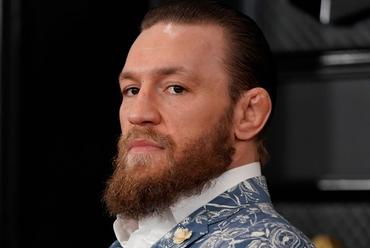 Former UFC featherweight and lightweight champion Conor McGregor was taken into custody in Corsica on Saturday amid allegations of attempted sexual assault and indecent exposure.

Officials in Corsica, a French island territory in the Mediterranean, confirmed his detainment in a statement to AFP.

“Following a complaint filed on September 10 denouncing facts likely to be qualified as attempted sexual assault and indecent exposure, Conor Anthony McGregor was the subject of a hearing … under the custody regime,” said a statement from the prosecutor’s office in the Corsican city of Bastia.

No other details were provided.

A McGregor representative, in a statement to TMZ, denied McGregor was facing legal issues in Corsica.

“Conor McGregor vigorously denies any accusations of misconduct. He has been interviewed and released,” the statement read.

McGregor, a 32-year-old Irishman, has been vacationing in the region on a yacht with his fiancee, Dee Devlin, and their two children.

He announced his retirement in June but it is believed he intends to return to the Octagon. Just Friday, he posted a photo to social media that said authorities had arrived at the yacht for drug testing.

McGregor has a history of legal issues that includes reaching a plea deal in 2018 related to an attack on a bus in Brooklyn and pleading guilty to an assault in a Dublin pub last year.