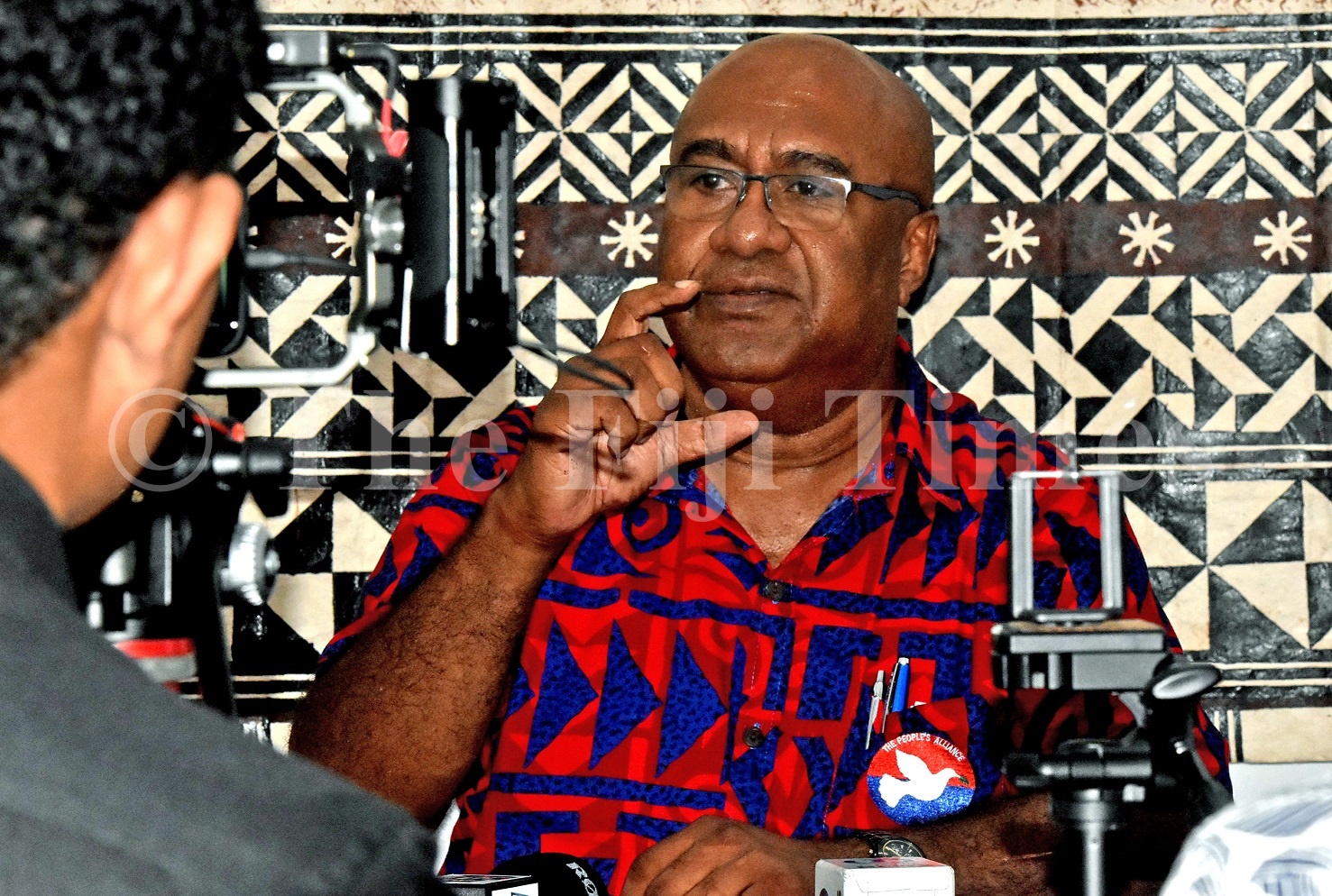 The People’s Alliance party has written a 50-page letter of complaint against the FijiFirst party to Supervisor of Elections Mohammed Saneem.

At a press conference in Suva yesterday afternoon, PA deputy leader Manoa Kamikamica said the letter contained a dossier of evidence to support their claim of “massive vote buying tactics” by the FijiFirst government.

He claimed the evidence would point at the FijiFirst government’s violations of the Electoral Act and Section 22 (3) of the Political Parties (Registration, Conduct, Funding and Disclosures) Act of 2013.

“In one instance, Fijians living in a particular community were told to prepare things like drums of kerosene and bales of cloth as a token of appreciation to the minister, as if monies used by these MPs are their own,” Mr Kamikamica claimed.

He further claimed the FijiFirst government has orchestrated a massive distribution of monies, gifts and material goods across the country ever since the start of the campaign period in April this year.

“The plan which we see executed on a daily basis has included using FijiFirst party officers and candidates.

“These are in clear violation of Sections 113 on the Prohibitions on Use of State Resources to Campaign, Section 114 on Prohibition on Vote Buying, Section 116 (1) (a) and (b) on Campaign Rules, Section 140 on Bribery, and Section 141 on Undue Influence.”

Mr Kamikamica also alleged the FijiFirst party was targeting a specific demographic in their bid to buy votes.

“If you also look at the handouts or freebies being handed out, they deliberately targeted key voter demographics – the women who make up a substantial number of registered voters and youth who make up 45 per cent.”

Questions sent to the Fijian Elections Office on the letter of complaint remained unanswered at the time of this publication.