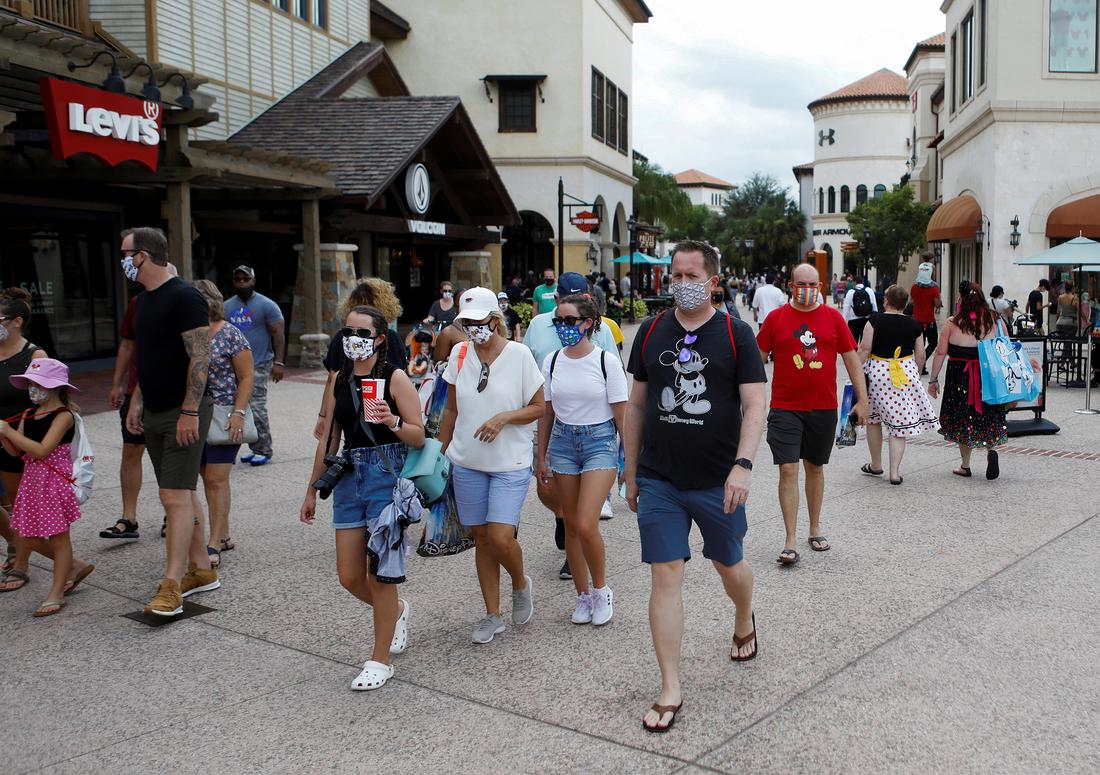 (Reuters) – Mickey waved from a distance and visitors wore colorful face masks with mouse ears on Saturday as Florida’s Walt Disney World opened to the public for the first time in four months amid a surge of coronavirus cases in the state.

Walt Disney Co (DIS.N) welcomed a limited number of guests to its two most popular parks at the sprawling Orlando complex, the world’s most-visited theme park resort, with a host of safety measures designed to reassure visitors and reduce the chances of catching the sometimes deadly virus.

Executives felt confident they had a responsible plan for reopening in phases during the pandemic, said Josh D’Amaro, chairman of Disney’s parks, experiences and products division.

“This is the new world that we’re operating in, and I don’t see that changing anytime soon,” D’Amaro said in an interview on Saturday after he greeted guests and workers at the park.

Disney’s reopening of parks in Asia helped provide assurance about moving ahead in Florida, he added. Disneyland Shanghai opened in May, followed by the Disneyland parks in Hongkong and Tokyo in June and July, respectively.

“I feel really good about our environment,” D’Amaro said. “We’re taking this seriously.”

Disney did not say how many people entered Walt Disney World on Saturday, but D’Amaro said he saw “really good demand” for reservations in the short term and into 2021.

At the Magic Kingdom and Animal Kingdom, the two parks that reopened Saturday, guests and employees wore face masks, underwent temperature screenings and were told to social distance everywhere from streets to rides. Plexiglass separated rows in lines, and ground markings indicated where people should stand.