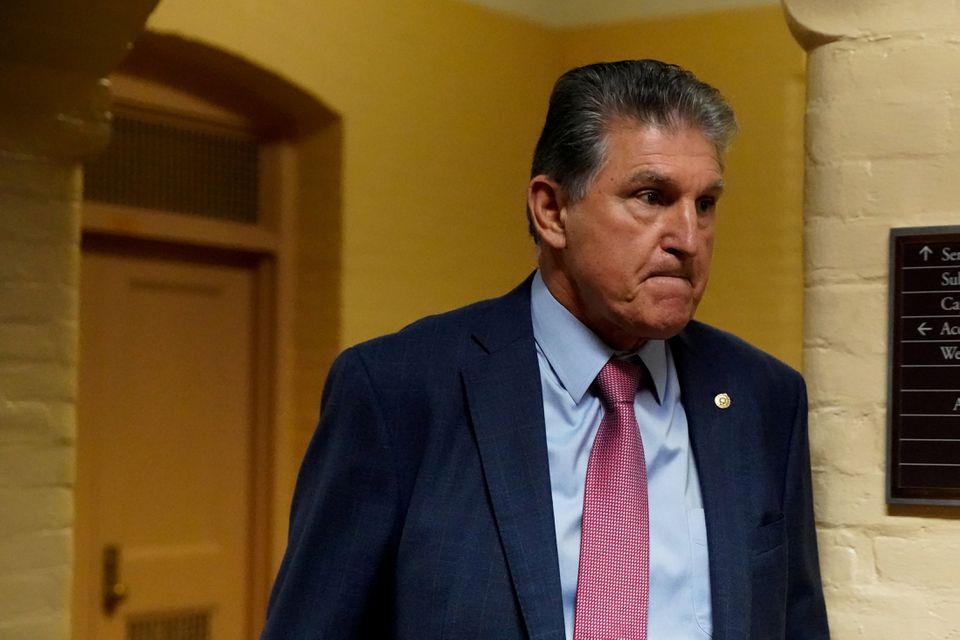 U.S. congressional Democrats on Tuesday were struggling to reach agreement within their fractious caucus on a sweeping bill to expand social programs and tackle climate change, with multiple major issues unresolved.

President Joe Biden’s Democrats have spent months fighting over what to include in a bill forecast to spend at least $1.5 trillion over 10 years — less than half the initial $3.5 trillion target — with moderates and progressives divided over issues including taxes, prescription drug pricing, family leave, climate change and immigration.

Negotiations on that bill have held up passage of a Senate-approved $1 trillion infrastructure bill that passed with the support of 19 Republicans, as the House of Representatives’ large progressive caucus has refused to vote on it until the bigger deal is reached.

Still, top Democrats in the House and Senate voiced confidence they could reach agreement soon.

“We remain confident that a final deal is within reach,” said Senate Majority Leader Chuck Schumer.

House Majority Leader Steny Hoyer sounded a similar note, saying, “Most of it is ready to go … We are hopeful that will be done in the next few hours.”

Hoyer added that if a deal on a framework is struck that convinces progressives, it could clear the way for passage — possibly this week — of the bipartisan infrastructure investment bill.

But Representative Pramila Jayapal, the leader of the Congressional Progressive Caucus, has rejected the idea of voting on the infrastructure bill with just a framework of a companion bill, not legislative text, in place.

The number of difficult issues still to be resolved appeared to be daunting.

Senator Tim Kaine, following a lunch meeting of Democratic senators, ticked off parental leave benefits, Medicare and Medicaid expansions, a possible “billionaires tax” and lowering the cost of prescription drugs as some of the undecided portions of the potentially sprawling legislation.

Senate Finance Committee Chairman Ron Wyden said details of his plan to raise taxes on billionaires, many of whom he says pay next to nothing, would be unveiled later on Tuesday.

That idea is getting pushback from key House Democrats who want to stick with their proposals for raising tax rates on the rich and corporations.

Democrats were eyeing prompt passage of the infrastructure measure as a way of refreshing many surface transportation programs that expire on Oct. 31. They also think the bill’s new investments in roads, bridges, airport construction and broadband internet service for rural areas would boost their chances of winning the tight Nov. 2 governor’s race in Virginia.

Democrats intend to use a special “budget reconciliation” procedure to pass the larger of the two bills by simple majority in the Senate and without any support from Republicans.

Earlier on Tuesday, moderate Senator Joe Manchin said the $1.5 trillion he is seeking for the larger of the two bills is “more than fair,” even as progressives push for $2 trillion or more.

Manchin, however, did not outright reject a higher top-line figure during an interview with the Economic Club of Washington. Manchin and fellow moderate Senator Kyrsten Sinema each hold the power to block legislation in the evenly divided Senate.

During Manchin’s wide-ranging interview, he questioned progressives’ drive for aggressive climate control provisions, suggesting Biden could push countries at the U.N. talks next week in Glasgow, Scotland, to take tough actions on climate based on steps the United States already has taken.

Manchin, who represents the coal-producing state of West Virginia, is the top recipient in Congress of campaign contributions from oil and gas interests.

Manchin has opposed two major climate measures in the social spending bill supported by fellow Democrats: a plan that would reward power utilities for investing in renewables such as solar and wind power and penalize those that do not, and a fee on oil and natural gas producers for emissions of methane, a potent greenhouse gas.

He also poured cold water on another controversial initiative Democrats were flirting with: changing Senate rules to either abolish or place new constraints on the filibuster, which gives Republicans the power to block most bills from advancing.

“It makes no sense to me” to abandon that rule, Manchin told the Economic Club of Washington in an interview, given that when Democrats were in the minority they opposed such action by Republicans.

Democrats’ anger with Republicans’ use of the filibuster could come to a head later this week if Schumer attempts to pass, for the fourth time this year, major voting rights reforms.