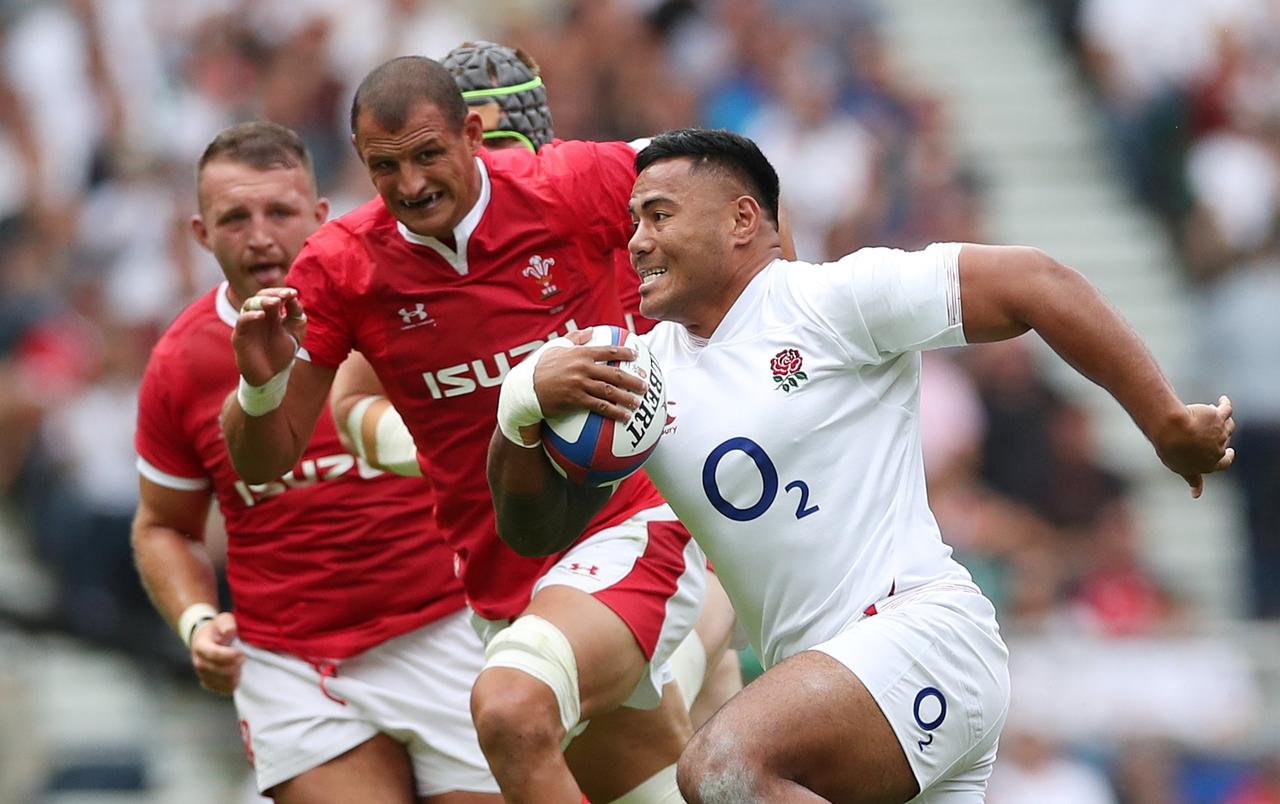 TEAMS participating in the Rugby Championship and the Six Nations have had an ideal buildup to this year’s RWC. The Eddie Jones coached England side is one of the threats in Japan and the English side has played quality opposition before the 2019 RWC. England, after taking part in this year’s Six Nations Championship, beat Wales (33-19), lost to Wales (13-6) and demolished Ireland (57-15) with the likes of Cokanasiga and Tuilagi shining. Eddie Jones has already named his side to this year’s RWC and his side looks promising. On the other hand, the All Blacks, Wallabies, Springboks and Pumas have played each other while Scotland upset France (17-14) on Sunday morning. Tonga, who will be taking on Fiji this Saturday, narrowly outclassed Western Force (19-15). While tier one nations have enjoyed quality matches, I pity teams such as Fiji and Samoa who should have been given an opportunity to play quality opposition and more Test matches. Fiji, for instance before the RWC played Canada, Samoa, Japan and the NZ Maori All Blacks and will battle the Ikale Tahi in Auckland. I’d love to see our team play Argentina to gauge our strength. Hence, I urge our team to keep a low profile and unleash the beast in the land of the rising sun come September! Go boys, the nation is with you! RAJNESH ISHWAR LINGAM Nadawa, Nasinu

MY Fijian dictionary compiled by A. Capell defines cibi as — “to dance at the bringing in of a bokola, or dance before going to war, or a cannibal dance used by the men only, or a dance over the vanquished in the game of tiqa, or to dance for joy”. I read in The Fiji Times (FT 24/8) that giant Fijian rugby lock Leone Nakarawa has problems with the performance of the cibi before a rugby match, and his Christian faith has been cited. I believe that God has a sense of humour. I remember a “war dance” in the Bible when Jericho fell —Joshua Chapter 6. There the Commander of the Army of the Lord (Joshua 5: 13-15), told Joshua to have the armed men march around the city of Jericho for six days and on the seventh day to march around the city seven times with the priests blowing the trumpets. I believe that at first this rather weird “war dance” may have been laughable to the citizens of Jericho. Next it became eerie, then intimidating before Jericho fell that day. Intimidation is the desired effect of the war dance or cibi. God used it in Jericho and I believe that it is OK for us mere mortals to use it too. There was no battle or war in Jericho. It was a walkover as the opponents, the citizens of Jericho were completely psyched out. However today, I believe that it is more important that our team plays a clean game of rugby. We can’t be chanting Philippians 4:13 — “I can do all things through Christ who strengthens me”, then run in and kick, stamp, and punch the players from the opposing team. Yes, the thuggery flu is rife in Fiji at present, but we don’t all need to catch it. And I certainly agree with Kameli Rakoko ( FT 24/8) — “Fijians play their best when they play with their hearts uncluttered by issues in their heads”. Christian or non Christian I believe that the war dance or cibi is a non issue, so please let’s stick to the game of rugby. KORINA WAIBUTA Knollys St, Suva

THE Minister for Local Government not so long ago announced that the WG Friendship Plaza on MacGregor Rd, and the high-rise complex being built by Carpenters Fiji in central Suva have been given stop-work orders. In the WG Friendship Plaza case, she mentioned that the company concerned had encroached on to the neighbouring Anglican Church property. These decisions by government appear to be rather late as the building structures have almost been completed. The questions for her and the government are: n why did it take so long to make the stop-work order; n which entities and individuals approved the construction of these buildings in the first place; and n was town and country planning department involved? VIJAY NAIDU Raiwai, Suva

THE controversy over content of the leaked document that revealed a number of governance issues at the premier regional university towards the end of the former vice-chancellor and president’s (VCP’s) term can be partly explained by the absence of the university registrar. USP Council in its wisdom or lack of it, endorsed the removal of this position altogether as presumably proposed by the former VCP a decade ago. The registrar of a university oversees the administrative organisation of the institution ensuring that rules, regulations, procedures and processes are followed, and decisions of committees and governing bodies of the institution are correctly recorded and implemented. He/she is the keeper of the rules, and in many ways the enforcer of the rules, be these student admission, recruitment, employment and promotion of staff, and in the disciplinary processes regarding those who break the rules and regulations of the university. The registrar also advise the vice-chancellor and other senior academic leaders on matters relating to these rules and regulations, and the importance of abiding by them.
He of she is often the person that both staff members and students as well as members of the wider community write to about
various matters that are of concern to them. All three other universities in Fiji namely Fulton Adventist College, University
of Fiji and the National University of Fiji have registrars for very good reasons. USP Charter and Statues continue to make reference to the registrar’s position, and the university council must insist on appointing one as soon as possible if governance issues at the premier regional university is to be tackled. PROFESSOR VIJAY NAIDU, Nailuva Rd, Suva

IT delighted me to read that our leading newspaper has made some positional changes in a bid to add depth and integrity in the newsroom. As I count days to the 150th anniversary celebration at GPH, I congratulate and commend our number one newspaper for being vocal on issues at national level and not swaying because of fear and pressure. I believe the “lion heart” attitude of this newspaper does not go too well with some but definitely is praised by the many who believe in the principles and ideals of journalism and democracy. Hence, congratulations to The Fiji Times for turning 150 years old and for rowing strong despite the turbulence and rough seas which I believe will one day give in to the mighty power of the pen. I also congratulate Sakiasi Waqanivavalagi, Margaret Wise and senior journalist Anish Chand on their new appointments and I hope that my newspaper will be a great public watchdog and do what it’s supposed to be doing — fair, objective and neutral reporting! RAJNESH ISHWAR LINGAM Nadawa, Nasinu

THE phrase “call it out” is quite trendy. Can they call out assault? No, because they are humans and humans will bend to protect the hand that feeds them. Those humans who depend entirely on that hand. RICK EYRE Lautoka

Happenings in the capital

THE recent hype of hard drugs, domestic violence, boxing, assaults and many other things happening in the capital. It is just like tuning musical keys, when it is calm everyone will be in doh, re, me tone. However, when the goons start to sing fa, so keys, our chief police officers will be swinging high to the note of la, ti, doh. Oh I will leave the keys of looney tunes to the politicians, they are another level of musicians! AREKI DAWAI Suva

THE alleged assault video outside Parliament is nothing more than a push and shove. The amount of talk and coverage on the subject makes it seem like our PM punched Tikoduadua. Tikoduadua’s personal and verbal attack on our Prime Minister inside Parliament house is just as worse. No one will take such crap from anyone. It’s one thing to be talking about an issue and another when you personalise it. The country, by the way, has more important issues to be dealing with instead of crying and dwelling over such an unfortunate incident. Time to stop the crying baby and get on with business. Keeping mum about it is justifiable! SIMON HAZELMAN Rava Estate, Savusavu

WHEN I heard in the Aljazeera News 25/8 that $130 million was found in the home of ousted Sudan ruler Omar al-Bashir I was not surprised. Dictatorship and corruption go hand in hand. The difference is only in degree. Some dictators are more corrupt than others. Now that he is out of power, the corrupt ruler of Sudan is on trial to face justice. That is as should be. RAJEND NAIDU Sydney, Australia

THERE are many rugby players of Pacific Island heritage who break into the squads of other bigger and richer nations. Unfortunately, some of those players end up playing one or two Tests. They end in international wilderness because of a decline in performance or rise of other players. Although they are immensely talented, they do not appear in those national colours ever again. They are the forgotten international rugby players from the Pacific backyard. MOHAMMED IMRAZ JANIF Natabua, Lautoka

HATS off to the group of mums who have taken the initiative to create awareness in order to tackle Fiji’s escalating drug issue. The group named “The Ministry of Mums” deserves accolades for coming forward to protect our children from the tentacles of meth and marijuana, to name a few! RAJNESH ISHWAR LINGAM Nadawa, Nasinu