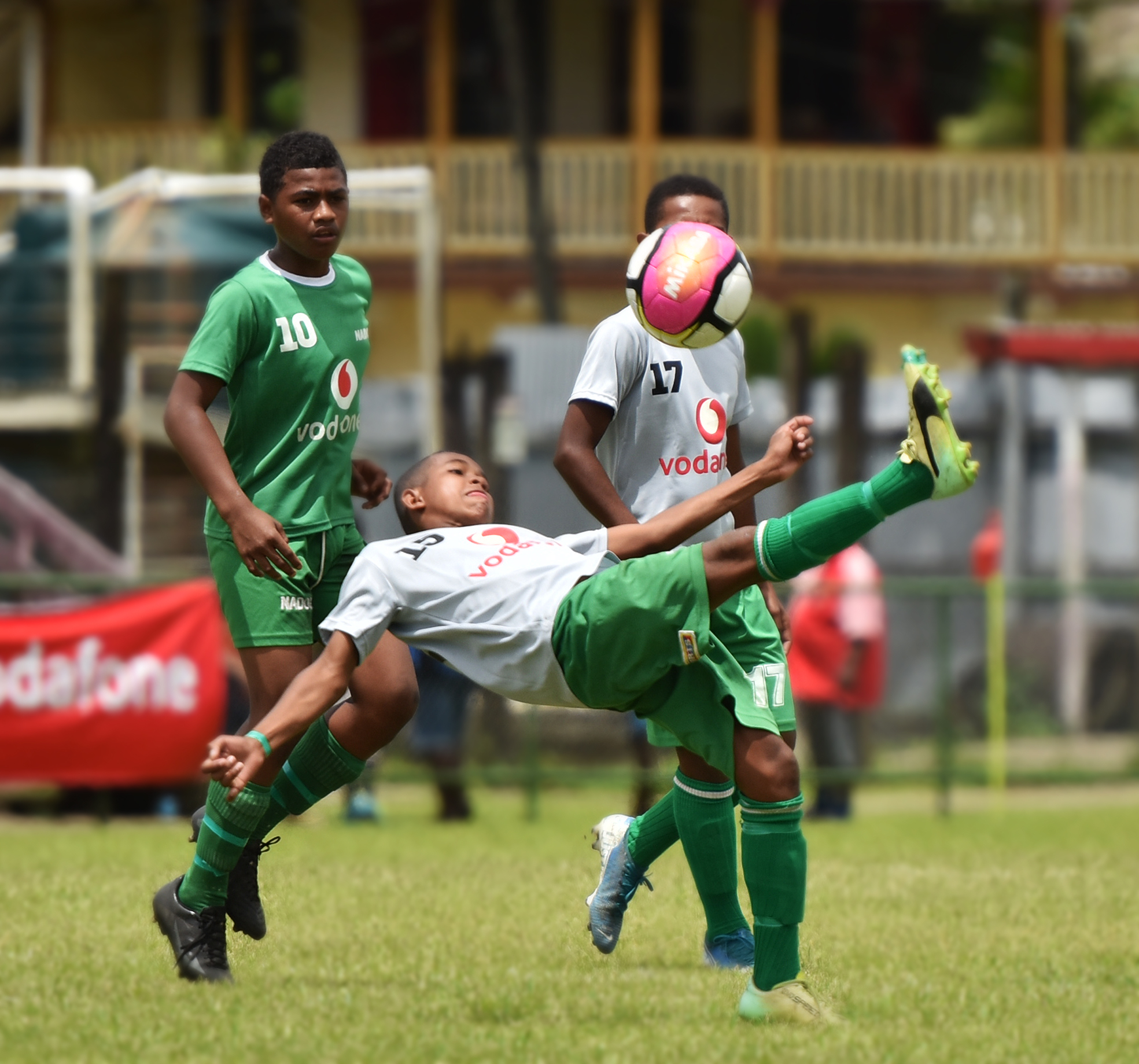 Saula Batikado of Nadi clears the ball against Nadogo in under 14 clash during the Primary School Inter District competition at Ratu Cakobau Park. Picture: RAMA

IT was all tears of joy in the Labasa camp after the winning the U12 division of the 44th Vodafone Fiji Primary Schools Inter-District Championship (IDC) beating Ba 3-2 in the final in Nausori yesterday.

Goalkeeper Seremaia Todonu was the hero for the side as he saved two penalties which gave Baby Lions the title.

Labasa and Ba have been meeting in the finals of the U12 division since 2016 with Ba taking it out on the last three occasions.

Todonu first denied Ba an early lead when stopped the penalty of Rayan Naresh. Naresh’s kick was perfectly judged by Todonu which deflected off him on two occasions and collected it on the third occasion. Both teams were locked nil-all at full time.

Ba struck first in the extra spell before Labasa’s Apenisa Dulukobau equalized a minute before the end of the second half of extra spell.

Ba got the upper hand after Shanal Kumar’s (son of former Labasa and national team goalkeeper Shamal Kumar) penalty was stopped by goalkeeper Ratu Leone. However, they failed to capitalize after Vilikesa’s shot went over the cross bar.

Emosi Masaru gave Labasa the lead once again before goalkeeper Todonu stopped the last kick to seal the win.