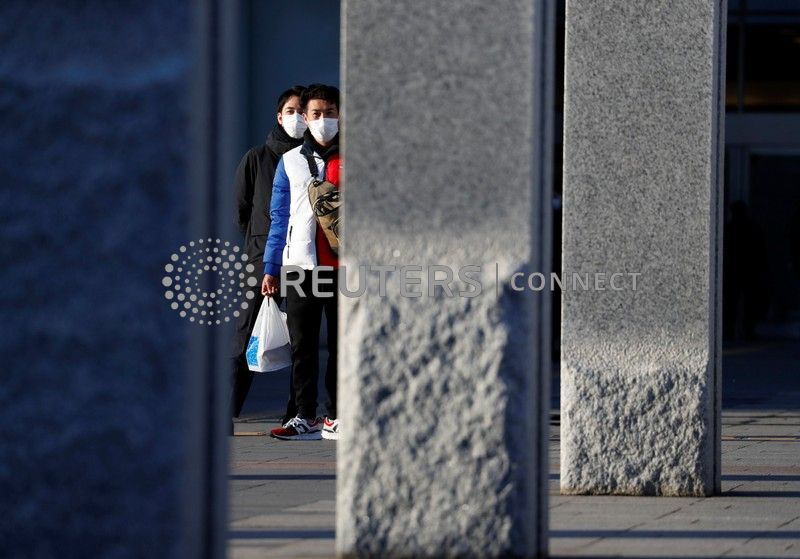 Critics of the programme had said it risked spreading the infection from major cities to the countryside.

“We have agreed to temporarily exclude trips destined for the cities of Sapporo and Osaka from the travel campaign,” Economy Minister Yasutoshi Nishimura said on Tuesday.

“Although we have tried to balance both economic revitalization as well as virus containment, we have made this decision at the local governors’ request,” Nishimura told reporters after a meeting with Prime Minister Suga and Tourism Minister Kazuyoshi Akaba.

Akaba said the two cities would initially be excluded until Dec. 15, during which time no new reservations could be made under the programme, which offers discounts on fares and hotels.

Suga said on Saturday the government would suspend new reservations under the programme for trips to hard-hit areas.

The western city of Osaka reported 171 new cases on Monday after seeing a record 286 cases the previous day, a city official told Reuters.

Sapporo in the north reported 140 daily cases on Monday, below a record 197 cases reported on Thursday last week, a city official said.

The capital of Tokyo has seen new daily infections soar past 500 and serious cases reached 51 on Tuesday, the most since a state of emergency was lifted in May.

Tokyo Governor Yuriko Koike told reporters that there was a rise in infections among older residents, including cases where people had contracted the virus while eating out and brought it home to their relatives.