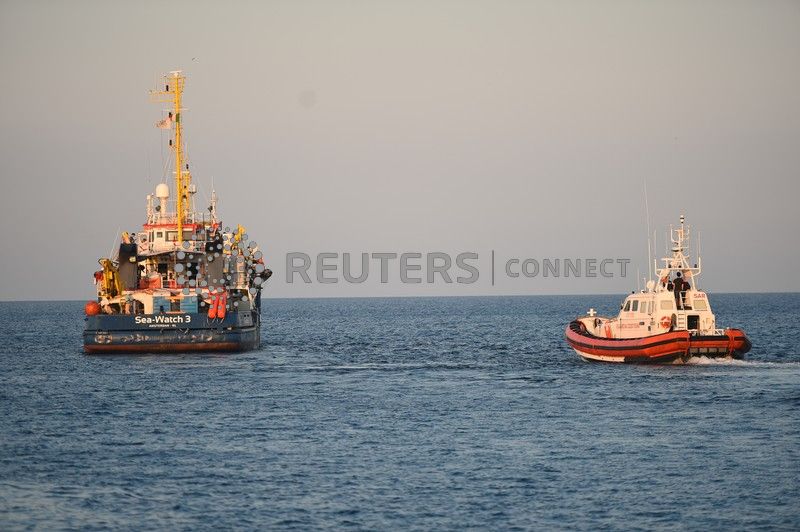 ROME (Reuters) – Italian authorities have seized a boat operated by a German NGO that last month rescued more than 200 people stranded at sea, because it did not comply with safety rules, the Coast Guard said on Thursday.

In April, Italy banned migrant rescue ships from docking in its ports until July 31 because of the COVID-19 pandemic. It now transfers all those saved at sea onto large ferries which must wait off its coast.

The mainly African passengers were moved to the Italian ferry Moby Zaza, where 28 tested positive for the new coronavirus.

In a statement posted on Twitter, the Coast Guard said an inspection had found a number of irregularities that threatened the safety of those on board and the shop must fix the irregularities before resuming operations.

Official data suggest Africa has been less badly affected by COVID-19 than many other parts of the world, but Libyan health authorities reported a surge in cases in June and blamed the repatriations of nationals from abroad.

Migrant arrivals in Italy fell in 2019 following a crackdown in Libya against people smugglers, but they have picked up again this year, with 6,195 landings to date, compared to 2,445 in the same period of 2019.