Guinness World Record to shoot most hoops in 24 hours begins 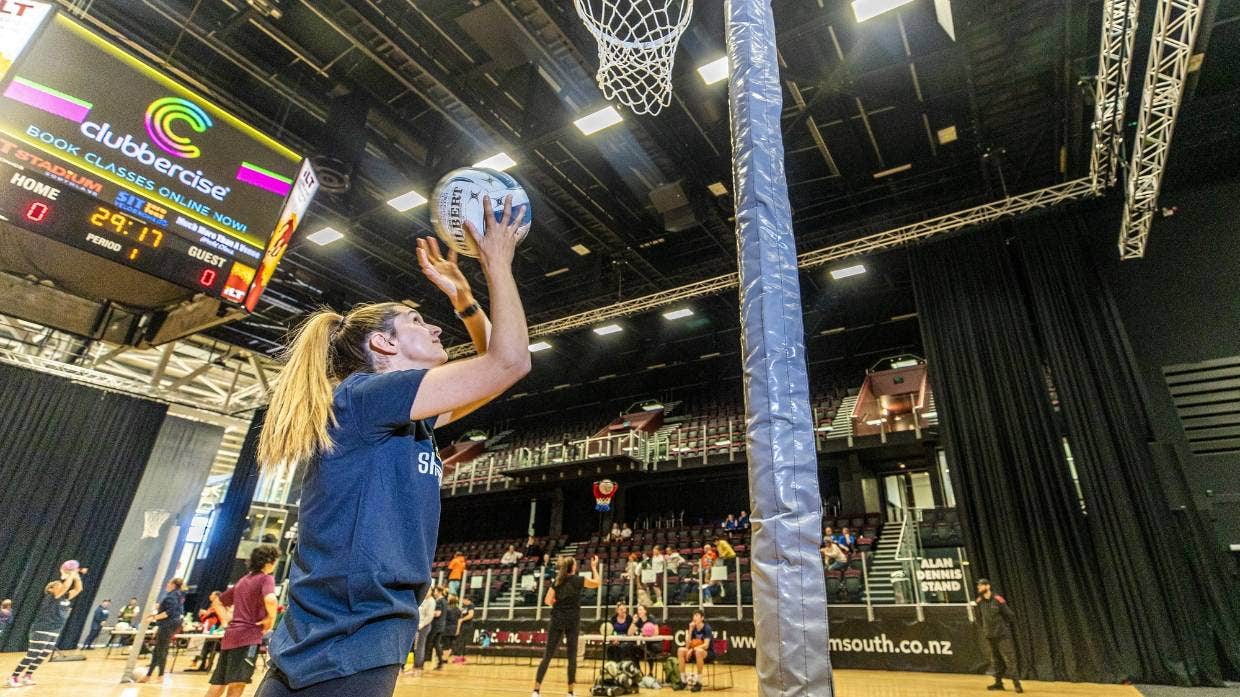 Rata Netball Club member Paula Menzies prepares to put up a shot as part of a 24-hour Shootathon to break a Guinness World Record and fundraise for the Southland Charity Hospital. Picture: STUFF SPORTS.

If you get a good sleep Friday night, spare of thought for the 48 netball players expected to be awake most the night to break a world record – all for a good cause.

At 4.30pm on Friday, the Invercargill Rata Netball Club Shootathon for Southland Charity Hospital kicked off. The shootathon involves six teams vying to break the Guinness World Record for the amount of netball goals shot in a 24-hour timeframe.

The current record holder is the Capernwray Netball Club in the United Kingdom with 14,248 shots.

Rata Netball Club president Andrea de Vries and her club teammates organised the record attempt, which has doubled as a fundraiser for the hospital.

Each shooter is taking 30-minute time slots six times and if they make 10 goals a minute they will likely reach the target of 15,000 set for the team. The six teams will also be competing against each other for the title.

Rata Netball Club committee member Mackenze Leask said she was confident the record would be broken.

The club had also been contacted by the team in the UK who held the record, who also used the attempt to raise funds for its hospital and hospice.

“They wished us all the best, but they didn’t want us to beat them as they knew how good Kiwis were at netball,” Leask said.

While the event was about raising money for the charity hospital, “being a Guinness World Record holder would be a once-in-a-lifetime achievement”.

“The bragging rights would be pretty cool,” Pope said.

Beds were carted into Stadium Southland on Friday so those taking a break from shooting could try to get some sleep.

An invitational team with celebrity shooters will also take part, and Blair Vining’s children, Della May and Lilly, will also be involved in the event.

The charity hospital was the brainchild of Vining, a cancer advocate who died of bowel cancer in October 2019.

Cosgrove had said he believed he had been handed a death sentence when he was denied a colonoscopy.

Donations can also be made for the shootathon on the Givealitte webpage and the Southern Steel after gifting one lucky donor a season pass to their 2023 season.