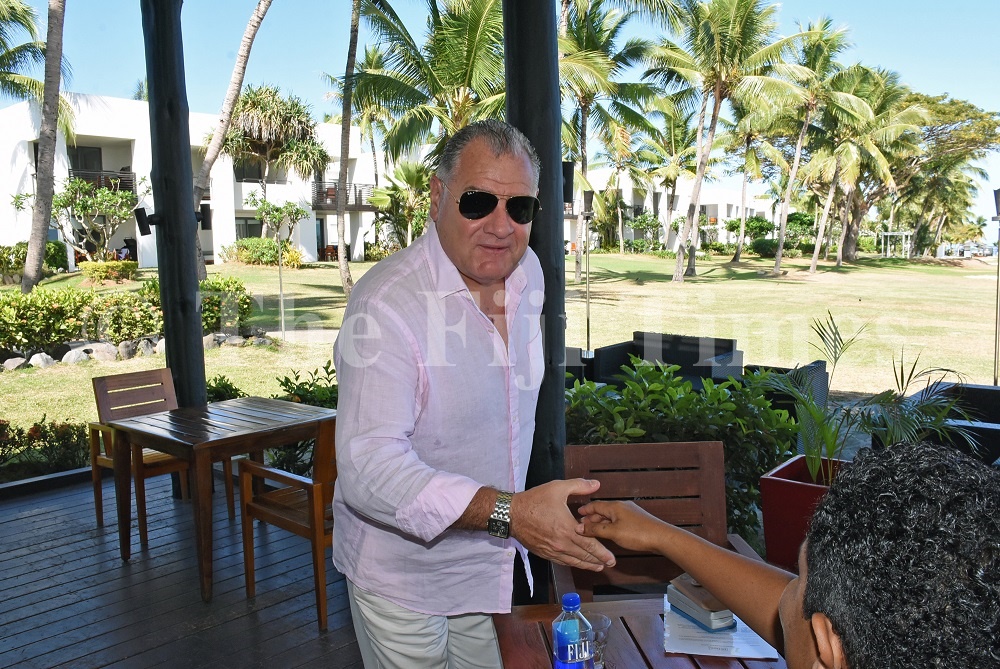 Area Vice President and Head of Australasia at Hilton Asia Pacific Paul Hutton during an interview with the Fiji Times at the Hilton Fiji Beach Resort and Spa in Denarau Nadi. Picture: REINAL CHAND

Nine months after international borders reopened, Hilton properties in Fiji were recognised as “A Great Place to Work”.

The international recognition came at the right time, particularly when numbers at most local tourism properties have begun soaring again and most Fijian tourism employees were being absorbed back into the workforce.

Area vice president and head of Australasia at Hilton Asia Pacific Paul Hutton said the recognition came from the most recognised global organiation that looked at workplace culture.

This was the first time that the group considered properties outside of Australia and they made it to the five overall categories when results came out early last month. Coming out of the pandemic, the recognition bolstered the local Hilton properties appreciation of the work they love and the work they’ve considered a passion for many years.

“So we chose to do it with the four countries — Fiji Australia, New Zealand and Papua New Guinea,” Mr Hutton shared in a recent interview with this newspaper.

“And we’re delighted because all of them got workplace recognition, which means you have to get above a certain score.

“It was completely anonymous and people answer as they wish.”

Mr Hutton shared that 85 per cent of team members stated that they liked working in Hilton properties because they could make a difference while 88 per cent said they were proud to work under the Hilton brand.

An impressive 88 per cent of staff said that they could see themselves having long time employment with the properties and 80 per cent had a positive sentiment about the company and the brand.

To be the only hospitality company that got recognition as a great place to work was not just remarkable, Mr Hutton shared, it also brought out things that could be improved in the properties that they manage.

“So we’re really, really excited about it.

“I think particularly in Australia, which is a feeder market for here, and obviously, lots of thousands of Fijians also live in Australia that we came in the top five companies overall, which was really extraordinary.

“Coming out of COVID, you don’t know what the result is going to be and to be recognised globally is a huge achievement for the team and our employees who have always been working hard to give our guests the best holiday experience.”

Mr Hutton said this recent recognition also provided them to build on a great platform as they move on to 2023.

He added the unwavering support from local owners the Vision Group continued to give them the confidence of believing in the local tourism sector.