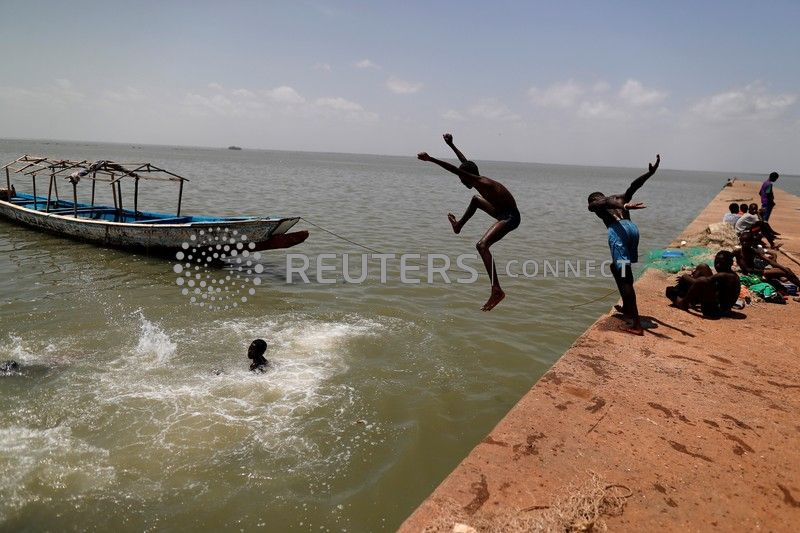 Boys swim in the waters of Gambia river in Jufureh, Albreda port, Gambia July 20, 2019 a town where slaves were shipped from by slave traders. The 400-year anniversary of the first slave boat to arrive in America from Africa has caused a rush of interest in heritage tourism in West Africa, as ancestors go back to ancient sites to delve into a dark and often hidden past. Picture taken July 20, 2019. REUTERS/ Zohra Bensemra

ASSIN MANSO, GHANA (Reuters) – In a clearing at the turnoff to Assin Manso, a billboard depicts two African slaves in loincloths, their arms and legs in chains. Beside them are the words, “Never Again!” This is “slave river,” where captured Ghanaians submitted to a final bath before being shipped across the Atlantic into slavery […]