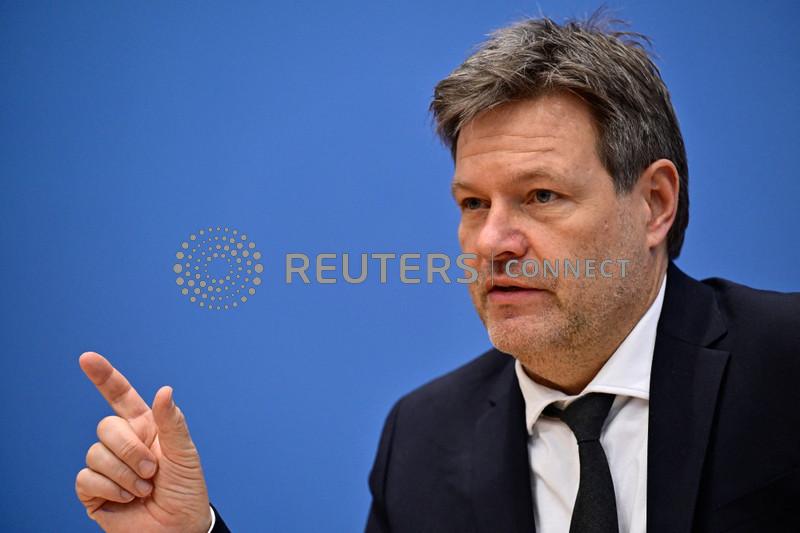 BERLIN (Reuters) -Germany’s lower house on Thursday suspended constitutional limits on new borrowing for another year and approved a supplementary budget to fund investments needed to transition the economy toward carbon neutrality.

The debt-financed supplementary budget of 60 billion euros ($66.92 billion) was passed in a 382-283 vote in the Bundestag where Chancellor Olaf Scholz’s Social Democrats (SPD), the Greens and the pro-business Free Democrats (FDP) have a majority.

The conservative Christian Democrats (CDU) and their Bavaria-based Christian Social Union (CSU) sister party want to petition the Constitutional Court to strike down the budget.

The 60 billion euros to be channeled towards the government’s investments in green projects and making the economy fit for the digital age come from unused debt from last year’s budget.

The conservatives say the funds were earmarked to support the economy during the coronavirus pandemic and should not be spent on other projects.

Scholz’s ruling coalition agreed to use an emergency clause in the constitution for a third year in a row in 2022 to suspend debt limits and enable new borrowing of 100 billion euros.

From 2023 the new ruling coalition aims to return to the debt brake rule of the constitution that limits new borrowing to a tiny fraction of economic output, a move supported by Finance Minister and FDP leader Christian Lindner.