From the Editor-in Chief’s desk: Your November 27 briefing 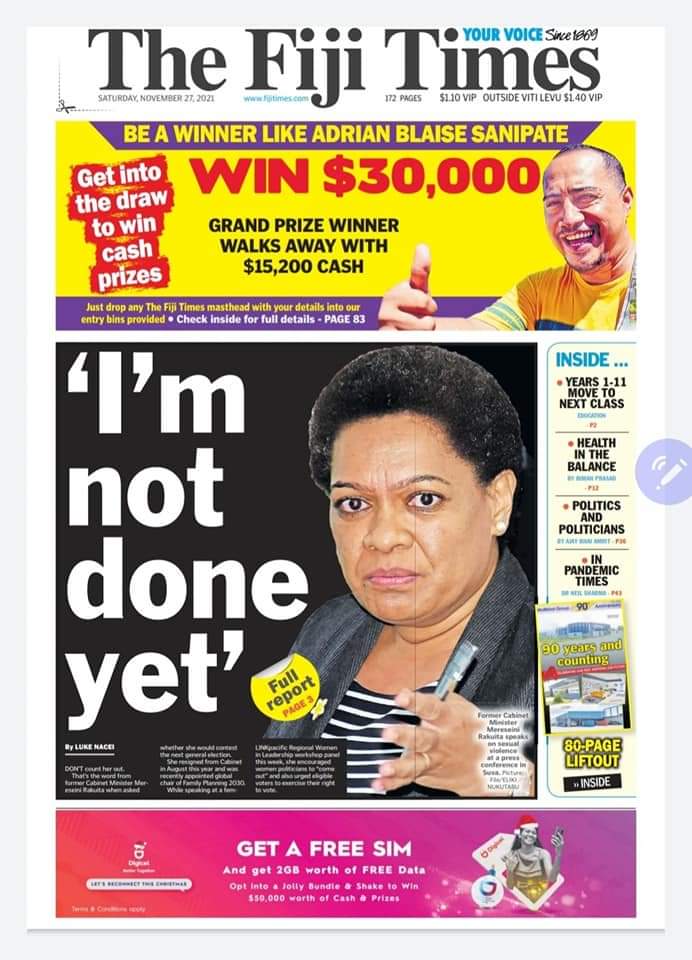 It was good to watch the national 7s side get that first win under their belts tonight against France.
With the number of rookies out there, the win was savoured to the brim, and it was special.

HEADLINES
Here are some headlines that made The Fiji Times’ edition for Saturday, November 27.

PAGE 1
DON’T count her out. That’s the word from former Cabinet Minister Mereseini Rakuita when asked whether she would contest the next general election. She resigned from Cabinet in August this year and was recently appointed global chair of Family Planning 2030. While speaking at a femLINKpacific Regional Women in Leadership workshop panel this week, she encouraged women politicians to “come out” and also urged eligible voters to exercise their right to vote.

PAGE 2
# STUDENTS attending Years 1 to 11 will automatically graduate to the next class when the new school year begins. Those in Years 12 and 13 will be examined “to determine their progression”. The Ministry of Education permanent secretary, Dr Anjeela Jokhan, said this as she assured students would not be unduly penalised.
# TEACHERS whose contracts were terminated due to non-vaccination can reapply for a posting at the ministry if they have since been jabbed, says Minister for Education Premila Kumar. She said the teachers could apply when vacancies arose.

PAGE 3
The International Institute for Democracy and Electoral Assistance (IDEA) says it has not observed any concerns about military involvement in the COVID-19 pandemic that has caused “democratic fragility” in Fiji. International IDEA, an inter-government organisation which promotes democratic institutions, made the statement in response to a The Fiji Times story on its State of Democracy in Asia and the Pacific report.

LETTERS TO THE EDITOR/LEADER
Readers have their say on issues they can relate to and you can read their views on Pages 8,9,20,21,22,23 and 24.
# The leader is on COVID-19 and the reopening of the international border next month. We discuss why it is important that we adhere to COVID-19 safety protocols and why we must remind ourselves about the impact of the second wave, the high number of deaths and why we must be vigilant to fight an expected third wave. Read this on Page 8. 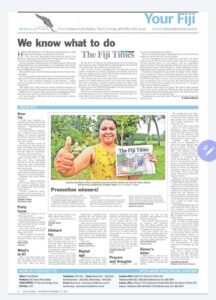 PEOPLE
This section is about people and their hopes and aspirations. Read about:
# A lesson implanted in him by his mother, Epeli Lesuma’s commitment to humanitarian work remains strong since he first joined Fiji Red Cross Society in 2014 at the age of 21 years old. The Somosomo native from Taveuni with maternal ties to Bau, rose through the rank of the society to become chair of its Youth Commission and Red Cross Pacific Youth Network looking after 14 island countries.

FEATURE/OPINION
# PAGE 12 – Health in the balance
By PROF BIMAN PRASAD
FIJI has just come out of 1 health system, including our public health management. As many as 695 people died directly of COVID-19. We do not know how many hundreds more died because the health system, overrun by COVID demands, could not give them proper care. Zero on health So it is all the more shocking that, last Monday, there was nothing in the President’s speech at the opening of Parliament about health and how Government plans to halt the state of decay in Fiji’s health system.

# PAGE 36 – Politics and politicians
By AJAY BHAI AMRIT
BULA readers! Thank you for all your comments regarding last weeks article on becoming a founding member of the People’s Alliance party, the fastest growing and Fiji’s most popular political party according to the polls. There were so many interesting questions posed on this topic and today I am happy to try and answer some of them as best I can.

# PAGE 37 – 50 years and counting
By ARVIND MANI
Mark Twain said, “What ought to be done to the man who invented the celebrating of anniversaries? Mere killing would be too kind”. In spite of such wisdom, people still do it. And so do I. I am too scared to mull over the consequences if I do not. I was told by a meek and henpecked husband that the golden anniversary is one of the most celebrated wedding anniversaries. My wife and I have reached that milestone today. Spending half a century in love with one person is a wonderful testimony to the gift of married life – or maybe a gesture of resignation.

# PAGE 38 – All You Need to Know About
By JULIE SUTHERLAND
I’LL apologise up-front for this article will not be one of the most delightful of subjects you’ve read in recent times, but it needs to be said — worms. Neither is it for the feint-hearted nor preferably not to be read, fear I use the word ‘digested’ before a bowl of noodles or the classic breakfast: spaghetti on toast. It is, on the other hand, intended mainly for those with dogs great and small and who may be too afraid to ask or admit ignorance or confusion about worms.

# PAGE 42 – Northerners dominate
By Rajnesh Lingam
THE final round of North vs South battles went in favour of the Six Nations giants — England, France, Ireland and Scotland. Heading to the 2023 RWC tournament in France, fans were thrilled with the spectacular performances delivered by France vs the All Blacks, Wales vs the Wallabies, Scotland vs Japan and England vs the Springboks. France delivered a phenomenal performance in front of their home fans, while England and Wales fought bravely until the end.

# PAGE 43 – in Pandemic Times
By Dr. NEIL SHARMA
Healthcare remains a basic human and constitutional right, globally. Diverse resource limitations in the wide spectrum of healthcare-delivery remains a challenging issue especially in low- and middle-income countries, even in normal times. In crisis like wars, and pandemics even robust healthcare systems fault as demonstrated during the current COVID-19 pandemic.

# PAGE 46 – Ransomware updates and cybersecurity tips
By ILAITIA B. TUISAWAU
According to a recent TheHackerNews.com article by Lakshmanan, the darknet payment portals operated by the infamous Conti ransomware group have gone down in what appears to be an attempt to shift to new infrastructure after details about the gang’s inner workings and its members were made public in recent weeks.

ENTERTAINMENT
We have latest entertainment news for you inside. 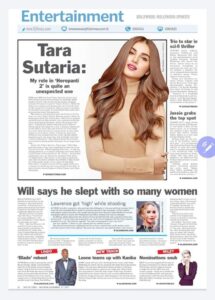 PROPERTY GUIDE
Want to buy land? A house? Flip the pages to this section. 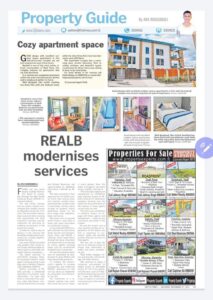 MOTORING
This section is much more than just about vehicle parts. 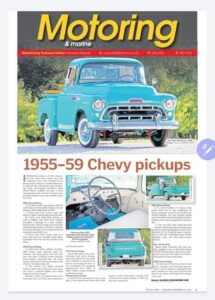 SPORTS
The big one on the back page is about rugby 7s:
# NEW Fiji 7s captain Josua Vakurinabili has a huge responsibility on his shoulders. The seasoned 7s rugby campaigner and Olympic Games gold medallist, shoulders the burden of steering Fiji forward when the World Rugby Sevens Series resumes in Dubai this weekend. Vakurinabili, a young chief from the Nadroga Province, last night led a new look Fijian side in the pool games of the men’s competition. 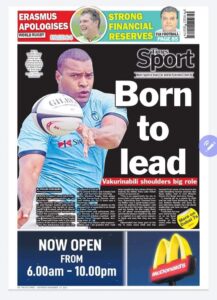 YOU CAN WIN CASH WITH THE TIMES
Remember we are celebrating our 152nd anniversary and you can win cash with the Times. There were 10 winners in September and 20 winners in October. In this month of November, 30 lucky readers have the chance to win $152 each, and also get into the draw to win the grand prize of $15,200.
All you have to do to get into the draw is to cut out the masthead of the Fiji Times, write your name and address, and a phone contact on it, and drop this into a bin at a participating store near you. It’s that easy. Turn to Page 83 for details.