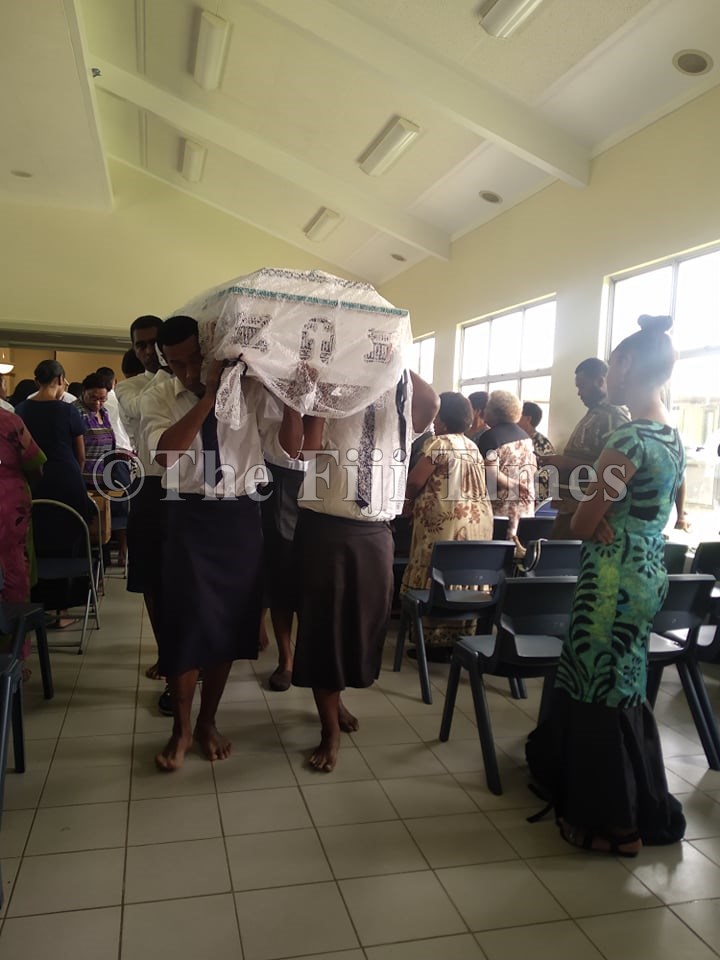 Ratu Meli Vakarewakobau's funeral service was held at the LDS Church in Delaivunitoa and he was laid to rest at the burial site at Moceisau, Bau , Tailevu. Picture: VILIMAINA NAQELEVUKI

FORMER Assistant Commissioner of Police, Ratu Meli Vakarewakobau was described as a man who dearly loved his wife.

While delivering a powerful eulogy on behalf of his family, his daughter Alfreda Senirewa , highlighted how the late Ratu Meli always had a positive outlook on life.

“He loved his wife so dearly, and that grounded all of us knowing that he loved us just as much,” she said.

Former Senior Superintendent of Police, Ram Chetty said Ratu Meli was appointed as the Assistant Commissioner of Police in 1977.

“Ratu Meli achieved so much in his career with the Fiji Police Force and his achievements speak volume of the kind of person that he was.”

“He was good in conduct, disciplined and had a very strong character.”

He is survived by his wife Litia Cavu, four children, 18 grandchildren and five great-grandchildren.

Ratu Meli was laid to rest at the burial site at Moceisau, Bau, Tailevu.

Uefa working to resume European football around July and August

COVID-19: Transport providers must do everything to reduce exposure – LTA