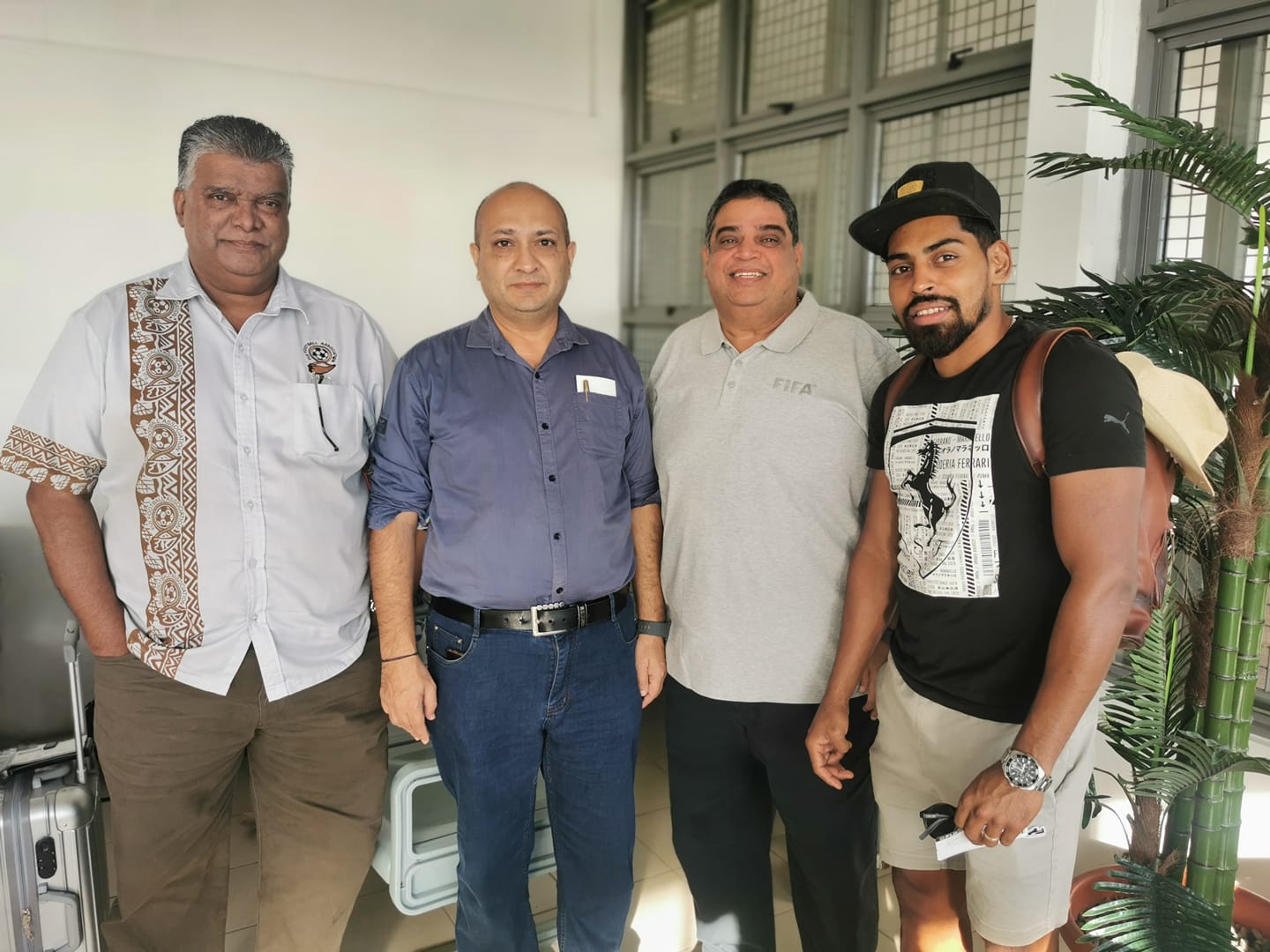 Roy Krishna (far right) with Fiji Football president Rajesh Patel and executive members of the board in Labasa. Picture: SUPPLIED

Fiji football golden boy Roy Krishna has commended the efforts by Fiji Football Association on expanding the game of football in the Northern Division with the construction of the Labasa Football Academy.

“I am so glad that Fiji Football Association is setting up an academy in my hometown Labasa,” Krishna posted on his social media platform Facebook.

“I am so happy to get a quick brief about their future plans and current initiatives.

“I’m sure more young talents will be nurtured and groomed through this initiative and can expect to see more Fijians making a name in the world of football.”

The Labasa Football Academy is a $5.5 million project and is expected to be completed by December.

“It’s exciting and I have so much to look forward to when I return to Kolkata. To train under the guidance of coach Antonio Habas and reuniting with my teammates, the merger of ATK and Mohun Bagan and of course, the opportunity to play in the Asian Football Confederaton (AFC) Cup.

“I’m grateful and will work hard to help the club have a successful AFC Cup outing.”

Krishna, who is from Labasa, is Fiji’s professional footballer.