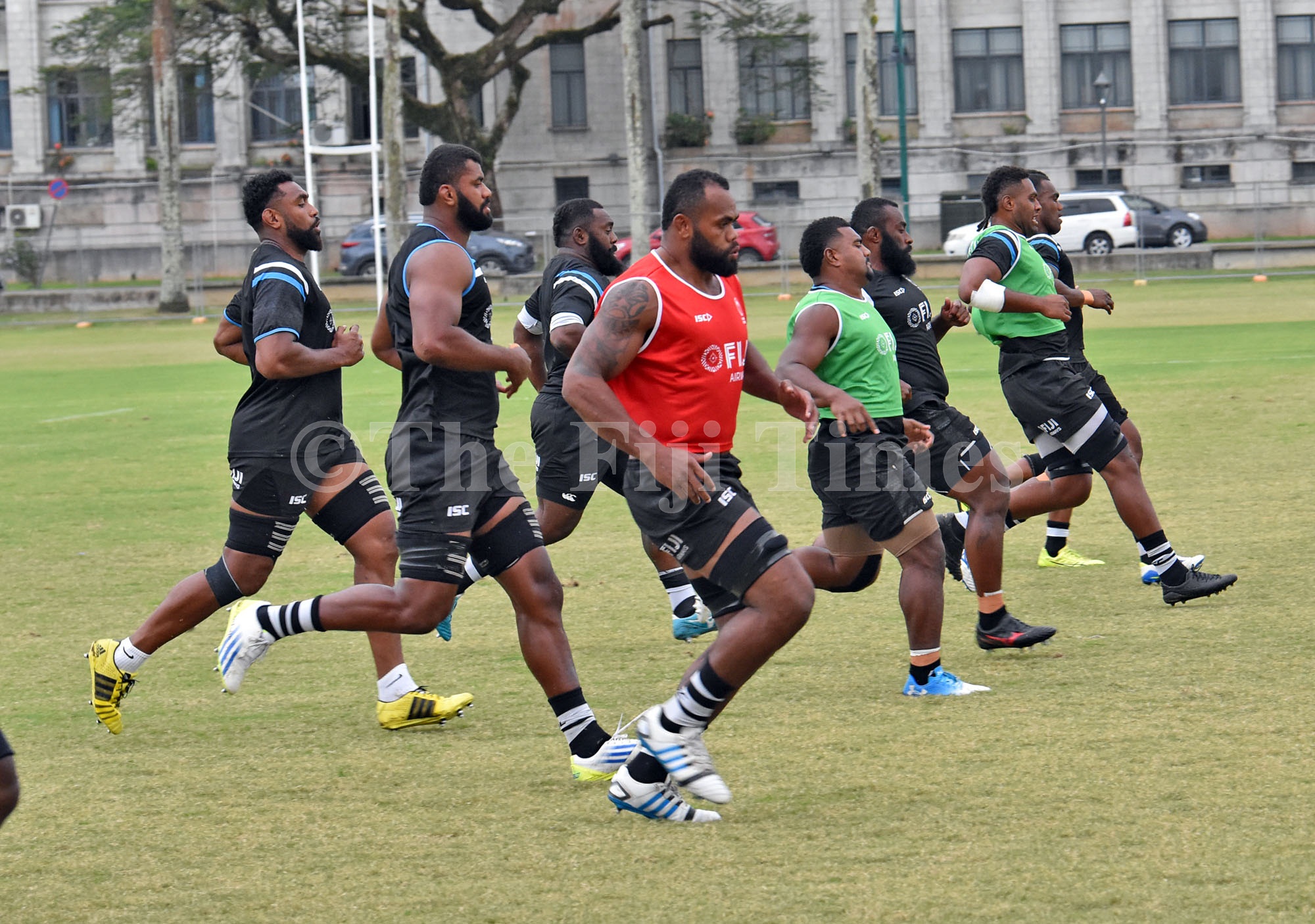 Fiji Airways Flying Fijians players sweat it out during their team training at Albert Park in Suva on Monday, August 19, 2019. Picture: JONACANI LALAKOBAU

FLYING Fijians prop Eroni Mawi says the battle in the front row has forced players to dig deep with his front forwards fighting it out for the five spots on offer.

“It has definitely been competitive,” said Mawi.

With players such as Campese Ma’afu, Manasa Saulo, Peni Ravai, Lee-Roy Atalifo and Kalivati Tawake, Mawi said the task had not been easy.

“It is not an easy position so a lot of the props want the spot and are fighting hard,” he said.

Mawi, 23, one of the youngsters in the squad, said it had been great to work with the overseas-based props as well and they had bought knowledge to his own game.

“It’s been great working with them and a good learning experience.”

Mawi who was also part of the Fiji Airways Drua squad in last year’s National Rugby Championship title win has sent his best wishes to his former teammates saying that they had what it takes to defend the title.

“I wish them the best of luck. I’ve seen on social media that they have already started their sessions at the Sigatoka Sand Dunes.

“Just want them to know that they’ll have a great tournament and wish them all the best.”