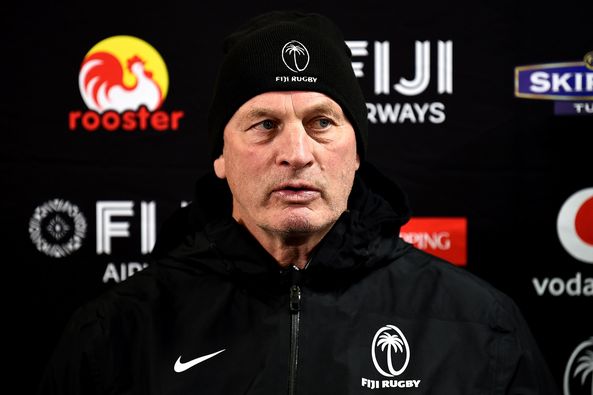 Flying Fijians head coach Vern Cotter is working hard with his officials in shaping the national team ahead of their Europe tour.

In a virtual conference, Cotter said a lot of information had been changed on what they were doing, the themes and where the team had been heading internationally.

He spoke on the coaches and said they had characters and personality.

“I have to bring what they feel is the best at the moment,” he said.

He got in touch with Dugan Hodge, who was his assistant in Scotland, Rory Best, who he knew from his time with Scotland, also captained the Irish team during the Six Nations and Richie Gray up there who was part of the Autumn Nations Cup and Gareth Baber who is in Europe and has experience working with Fijian players became a natural choice to take over his position for this tour.

“In the end there will be a review and if we take a positive review from this, their review they will be able to give us feedbacks and their experiences will help develop things and importantly to move forward,” he said.

“So we have taken a positive approach to it, the team that we have selected with the idea of bringing in some new players, players that are in Europe . Obviously we couldn’t select players from Fiji and management from Fiji either so it’s been a little bit challenging but, it’s a very good team with a solid base of front row players who were with us against the All Blacks. I am very happy with Eroni Mawi who is a player that will put pressure on, Peni Ravai, Sam Matavesi has got a good player behind him Peni Narisia who is the young player from Brive and our tight head Mesake Doge is obviously is our spiritual leader and somebody who is very knowledgeable with the forward playing, scrimmaging.”