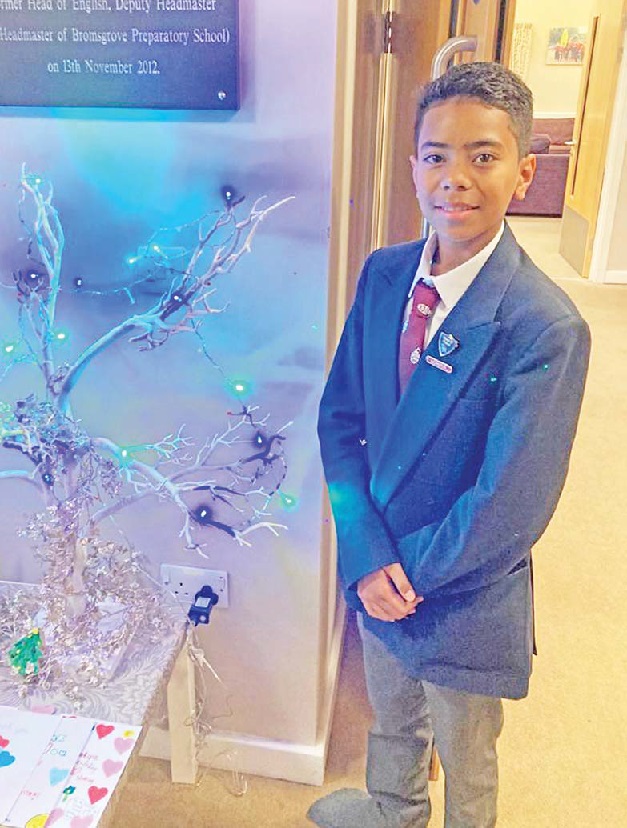 The 13-year-old student of Bromgrove School feels privileged to be appointed head boy of the boarding house. Picture: SUPPLIED.

Saimone Wise Baleinasova Boginisoko is the first Fijian and the first Commonwealth student from the Pacific living in the United Kingdom to be appointed head boy of Bromsgrove School’s Preparatory Boarding House (Page House).

The 13-year-old student of Bromsgrove School, who hails from Kabara and Lakeba in Lau, felt privileged to be appointed head boy of the boarding house.

The school, which is a co-education independent boarding school in the Worcestershire town of Bromsgrove, England, was founded in 1553 and is one of the oldest public schools in Britain.

His house parent Zoe Lawton said Wise was an excellent role model and he epitomises their Page House values of kindness, respect, honesty and determination.

“A team player, who is quietly confident and gentle in nature, Wise gets involved in every aspect of life in page and school,” she said.

“He is an inspiration to us all and it is a privilege to be his house-parent.”

Wise as his commonly known by his peers, teachers and family said he was forever grateful for being awarded the title of head boy.

“I am overjoyed about this achievement. It also showed me that no matter who you are or where you come from anything is possible and that all you have to do is have faith,” he said.

“I think it’s amazing and unbelievable the trust that my house-parents (Mr and Mrs Lawton) have shared with me which comes with all its responsibilities and how they chose me to fulfil it.”

He purely thanked the Lord for his blessing.

“I just want to thank the Lord for blessing me with his steadfast love, guiding me through the right path and creating me to be the boy I am today,” he said.

“I also want to thank my mum, my dad, and my sisters for the never-ending support they have given me which helped me to preserve and overcome my challenges.”

His mum Eseta Boginisoko said she couldn’t describe how excited, happy and proud she was when she got an email from Wise’s school that he had been appointed head boy of the Preparatory Boarding House, Page House especially it being his first year at the school.

“Wise is the first Fijian and the first Commonwealth student of Pacific heritage in the UK to receive such an honour at the school,” she said.

“I must say we weren’t expecting this as there were students who were there longer than him and have excellent academic and sports backgrounds.

“Wise has always been ambitious, goal-focused and self-discipline, but the school don’t hand this kind of honours just because you’re a high achiever. You have to earn it and deserve it like everyone else. Wise was well behaved, responsible, hardworking and self-assured.

“He won the teachers’ vote in becoming the head boy of Page House.

“Besides being an excellent pupil, Wise is also good in Fijian traditions, a talented rugby player and like any other Fijian boy who expresses his love for rugby on the field earning himself a place in the school Under 13 A team.

“He also plays football, cricket, hockey and tennis and now he wants to be in the school swimming team.

“He is trusted with tasks and responsibilities by his teachers and was chosen as a form monitor for his Year 8 class. We trust he will have no problems in maintaining discipline within the Preparatory Boarding House.”