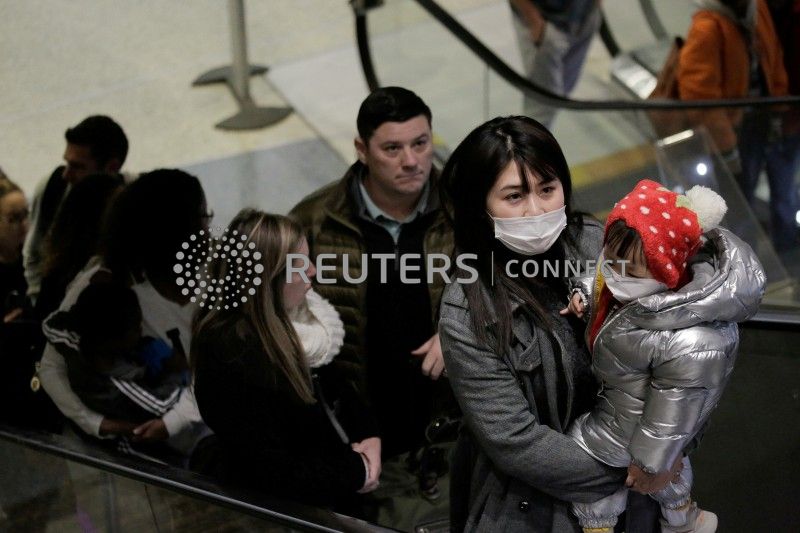 Travellers wearing masks arrive on a direct flight from China, after a spokesman from the U.S. Centers for Disease Control and Prevention (CDC) said a traveller from China had been the first person in the United States to be diagnosed with the Wuhan coronavirus, at Seattle-Tacoma International Airport in SeaTac, Washington, U.S. January 23, 2020. REUTERS/David Ryder

A group of six Chinese nationals from the Fujian province are in quarantine in Nadi as the Ministry of Health carries out investigations on their health.

They were denied entry into Samoa yesterday and were sent back to Nadi, as reported in the Fiji Times print edition today.

“The Ministry of Health and Medical Services health team at the Nadi International Airport received notification from Fiji Airways of six ill Chinese national passengers onboard Apia-Nadi flight FJ 254 shortly prior to landing at 5.48pm on Sunday, January 26,” said a Ministry statement.

The group had transited through Nadi enroute to Apia. They had arrived into Fiji from Hong Kong yesterday morning.

“It is not clear if the reportedly ill passengers was medically assessed or noted to be ill while being refused entry in Samoa.”

‘The six Chinese nationals were medically screened. All six were examined by a doctor and assessed as well, with no fever.”

‘None had a history of travel to Wuhan, or Hubei province. However, as a precaution, further investigations are underway for one of the passengers, a 71-year-old male, and the group remains under quarantine until they are cleared to fly.”

The Fujian province has reported 18 confirmed cases of  2019 novel coronavirus.

“Based on the medical examination and history it is not expected that this is a case – however, taking a cautious approach, quarantine is being maintained for all six Chinese nationals until further investigation results are available,” said the Ministry of Health.