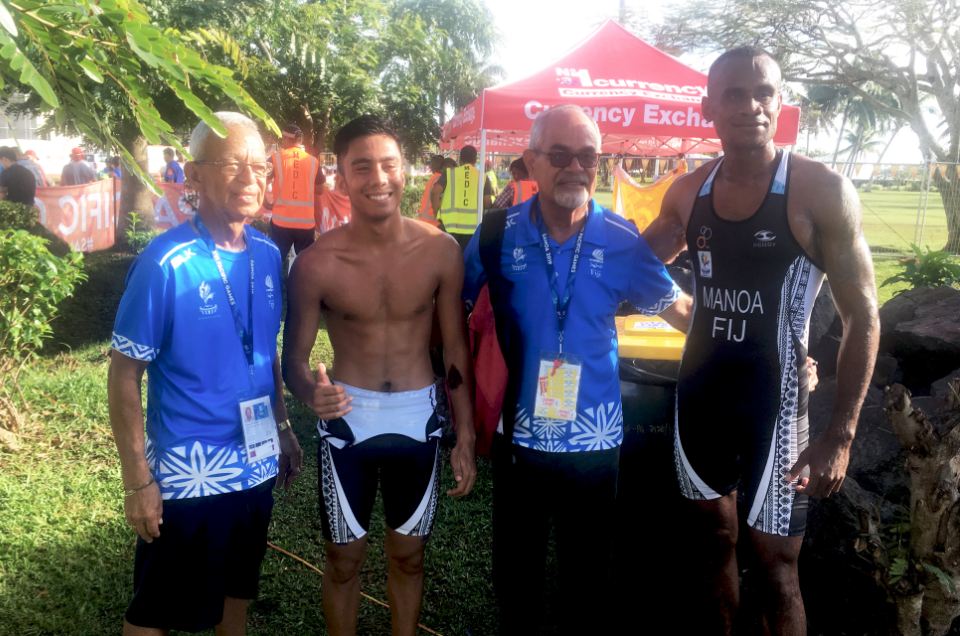 Fiji Triathlon Association (FTA) hopes to increase its community engagement and awareness programme on the sport of Triathlon as they prepare for the upcoming Pacific Mini Games to be held in Saipan, Northern Marianas in 2022.

FTA secretary Maryann Moss said they had 15 athletes who were vying to be selected in the final team to the PMG.

“However, we hope to select six athletes, three males and three females to travel,” she said.

Moss said aside from the standard requirements that FTA had to select an athlete, they were also looking at other attributes.

“We are considering athletes who have great values and attributes and are holistic, goal-oriented, consistent and inclusive in their approach to preparing for the games.”

Like, other sports preparing for the PMG, Moss said the association had its own challenges and were dealing with them as best they could.

“Some of our challenges include funding and equipment. The bicycles we would like to use are expensive and the ones we use now are not of the standard quality.

“The sport is a three-discipline sport and it can be a challenge to organise events because it requires manpower.

“Getting a higher accredited coach is another challenge, especially if we are to be competitive.”

Moss said the FTA hoped to overcome the lack of funding through fundraising events and work closely with corporate sponsors.

“FTA will work with Oceania Triathlon for funding and we have sent requests to other triathlon federations to assist with acquiring better quality bicycles from abroad.”

She said they would approach the relevant authorities and request tax rebates on the acquisition of bicycles.

“We are working on hiring a sports consultant and our community engagement and awareness on possibilities of becoming professional athletes.”

Moss said in terms of support, what he Fiji Association of Sports and National Olympic Committee (FASANOC) offered, national federations (NFs) right now to assist with these hurdles?

FASANOC CEO Lorraine Mar said FASANOC appreciated the challenges that NFs were facing in preparing their athletes for both the Pacific Mini and Commonwealth Games.

Triathlon is one of four sports which had been hit with back to back games.

It is a challenge compounded by no allocations of funding for the Pacific Mini Games by Government on this occasion.

FASANOC has made a call out for team preparation plans and budgets to cover the period leading up to these games.

With the recent downgrading of restrictions in Fiji, its expectations are that these plans will detail how NFs will facilitate team preparation around ongoing COVID-19 restrictions and protocols.

FASANOC does have a limited preparation funding pool which will be considered once the needs of the NFs are known.

Triathlon made its inaugural appearance at a Pacific Mini Games on the Norfolk Island Mini Games in 2001.

In its most recent Team Fiji outing, Triathlon Fiji won a bronze medal in the team event at the 2019 Pacific Games held in Apia, Samoa.