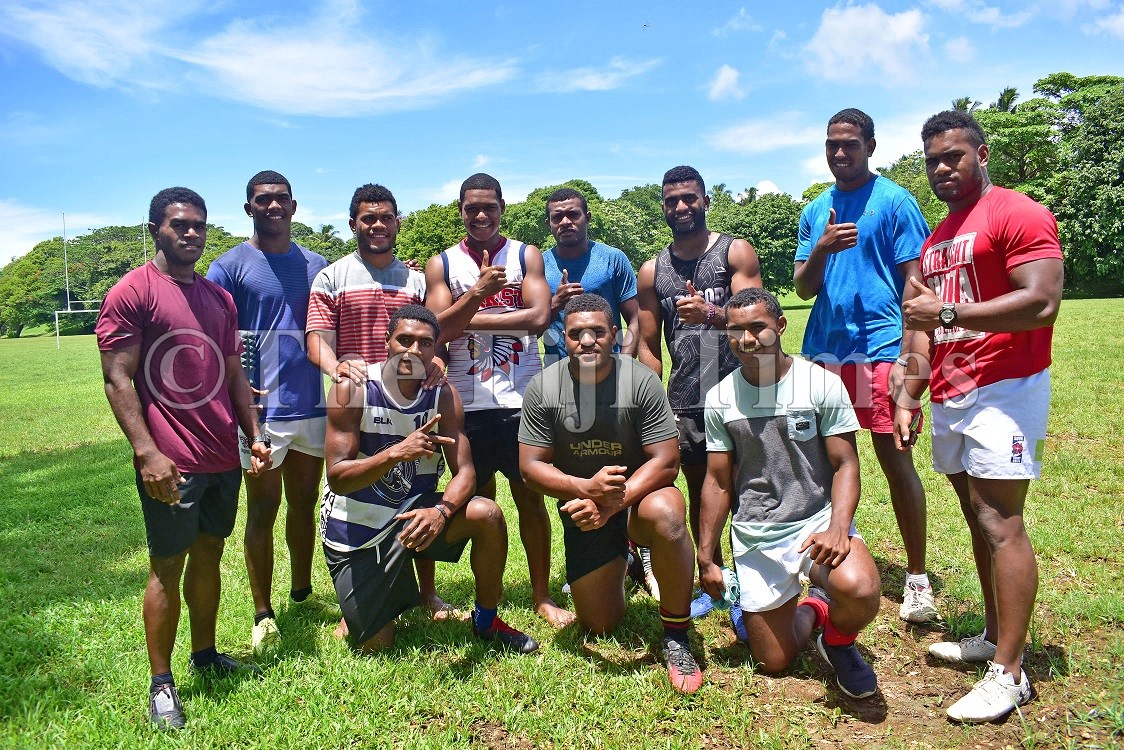 Members of the Eastern Saints team after a training session at the USP grounds this week. Eastern Saints is in Pool A along with Tabadamu, Police White and BLK Stallions at the Super 7s Series. Picture: JONA KONATACI

Bower said the idea of hosting such tournament would help the defending champion prepare well for the Tokyo event in July.

“Congratulation to FRU for coming up with the idea of hosting the super series,” Bower said.

With most athletes around the world affected by the pandemic he said Fiji 7s players were fortunate to train and test themselves against top opponents in the national arena.

The tournament will kick off on Friday and ends on Saturday at Lawaqa Park in Sigatoka.

The two-day tournament will include 14 men’s teams with two wildcard entries and four teams have also been confirmed in the women’s competition.

“Players in the current squad will be released to their respective clubs.”

He said the teams would be competing across four tournaments and that would help the team bond ahead of their travel to Japan.

“We hope to replicate an environment similar to the HSBC World Rugby Sevens Series.”