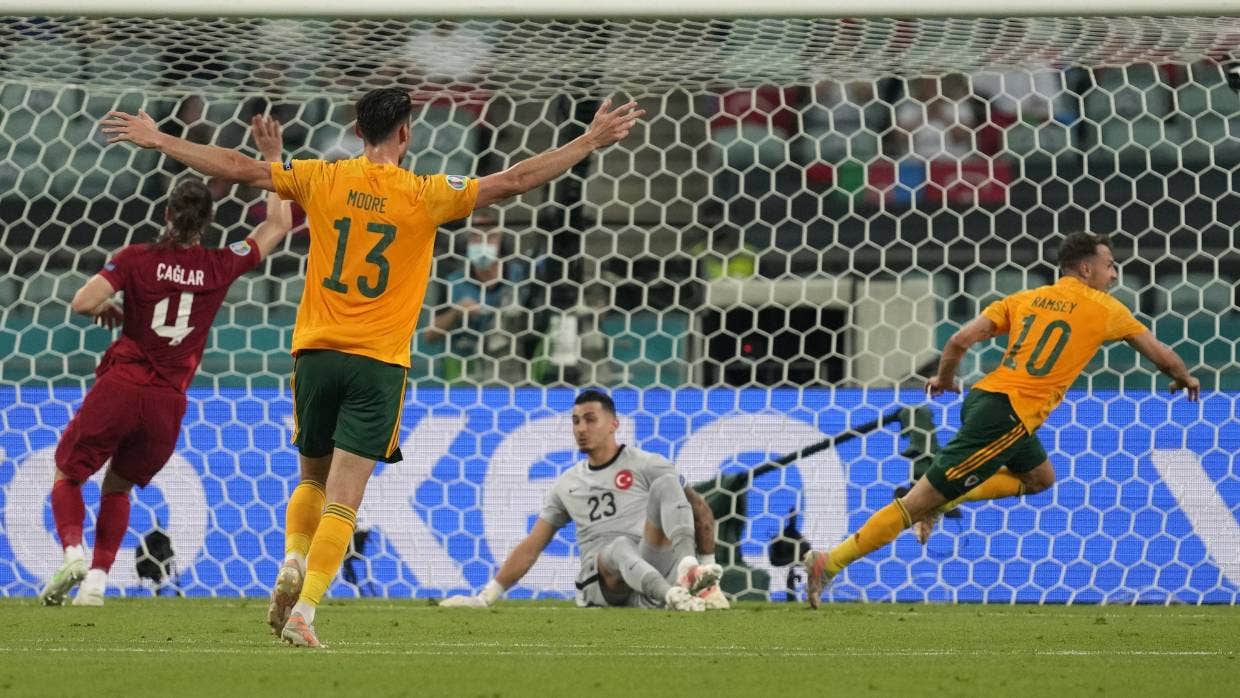 Gareth Bale made sure his missed penalty didn’t matter by setting up two goals.

The Wales captain created chance after chance in his team’s 2-0 victory over Turkey on Wednesday (Thursday NZT) at the European Championships.

Bale lofted a pass over the defence that Aaron Ramsey chested down before knocking it past onrushing Turkey goalkeeper Ugurcan Cakir in the 42nd minute.

Connor Roberts scored the second in the final seconds of injury time after Bale dribbled along the touchline from a short corner.

The win moved the Euro 2016 semifinalists closer to a place in the last 16 with four points in Group A. Turkey have zero points after losing both of their matches.

“We all turned up, we all put in a great performance and I felt we deserved the victory,” Bale said.

“If you’d offered us four points [from two games] at the start of the campaign we’d have bitten your hand off.”

Bale had chance to score one himself in the 61st minute but he sent his penalty kick over the bar after being tripped by Zeki Celik on the edge of the area.