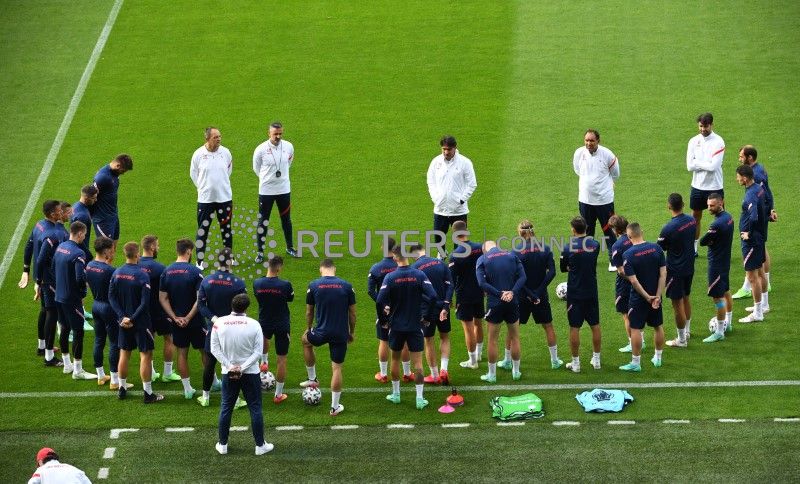 GLASGOW (Reuters) – Dejan Lovren returns to the heart of the Croatian defence for their second Group D game of the European Championship against Croatia on Friday, with Duje Caleta-Car dropping to the bench.

Lovren missed Croatia’s opening game, a 1-0 defeat by England, after suffering a knee ligament injury in the build up to the tournament.

Croatia coach Zlatko Dalic also strengthened his attack with the addition of Wolfsburg’s Josip Brekalo, leaving out midfielder Marcelo Brozovic in his only other change to the side.

Czech Republic, who beat Scotland 2-0 in their first game, brought in Tomas Holes to shield their defence, sacrificing midfielder Alex Kral in the only change for coach Jaroslav Silhavy.

Patrik Schick, who scored a spectacular long-distance goal against the Scots, continues to lead the attack, supported by a midfield that includes captain Vladimir Darida, Jakub Jankto and Lukas Masopust.