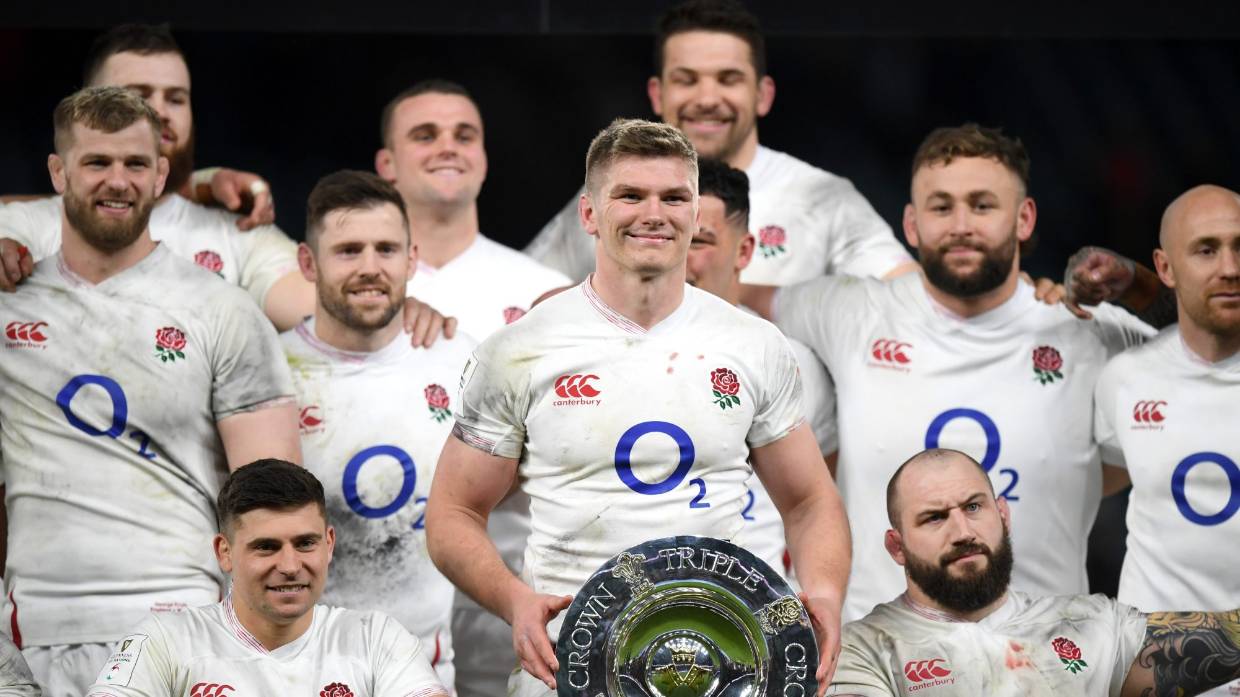 Owen Farrell and his England teammates celebrate with the Triple Crown Trophy at Twickenham in 2020. The Rugby Football Union is about to lay off 139 staff. SHAUN BOTTERILL/GETTY-IMAGES

England rugby will lay off 139 positions because it expects to lose £107 million pounds ($NZ203 million) in revenue in the short term.

The Rugby Football Union will begin consulting with staff before announcing the redundancies at the end of August, chief executive Bill Sweeney said on Monday (Tuesday NZ time).

“To ensure we have a sustainable RFU we have announced to colleagues that it is proposed that the total number of roles across the organisation will reduce by 139,” he wrote on the union website.

“We have already made some significant cost savings. We furloughed 60% of our organisation; implemented a three-month pay reduction which has been extended for some; introduced pension pauses; and refined business planning and introduced stadium and office running efficiencies to reduce costs.

“Unfortunately, this is not enough to run a sustainable operation and safeguard our future.”

Sweeney predicts it will take five years for the RFU to recover, and the union will lose 20 per cent of its normal revenue over that period.

New Zealand Rugby has cut 25 per cent of its staff since the coronavirus pandemic.