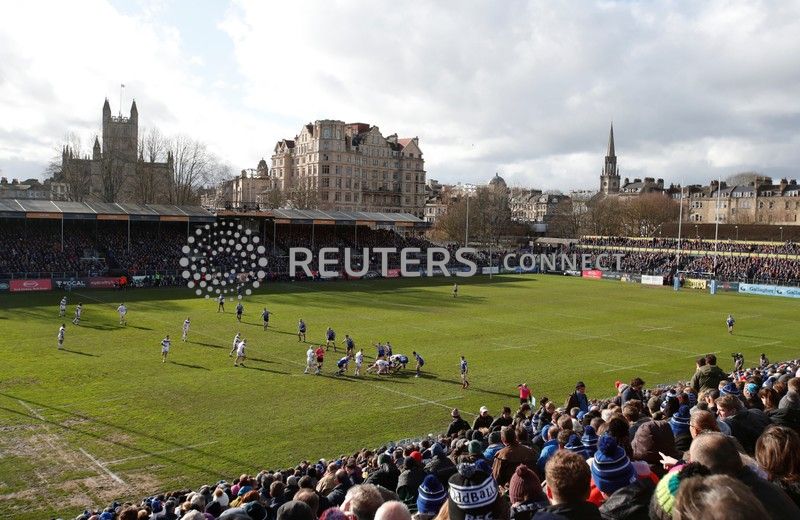 LONDON (Reuters) – Clubs in England’s Premiership and second-tier Championship have been given the green light to resume individual training from Tuesday with strict social distancing measures, the Professional Game Board said.

Competitive sport was suspended in Britain in March in response to the COVID-19 pandemic which has killed more than 39,000 people in the country.

The government last week gave permission for elite sport to return behind closed doors from June 1 and the Premiership, which has nine rounds remaining, is hoping to complete its season.

“The clubs will need to satisfy a number of requirements to start Stage 1 as we continue the huge amount of work being undertaken to enable a safe return to training.”

No timeline has been set for clubs to move to Stage 2, which involves contact training, or Stage 3, the resumption of Premiership matches.

Exeter Chiefs were top of the standings with 45 points when the season was suspended, five ahead of Sale Sharks.