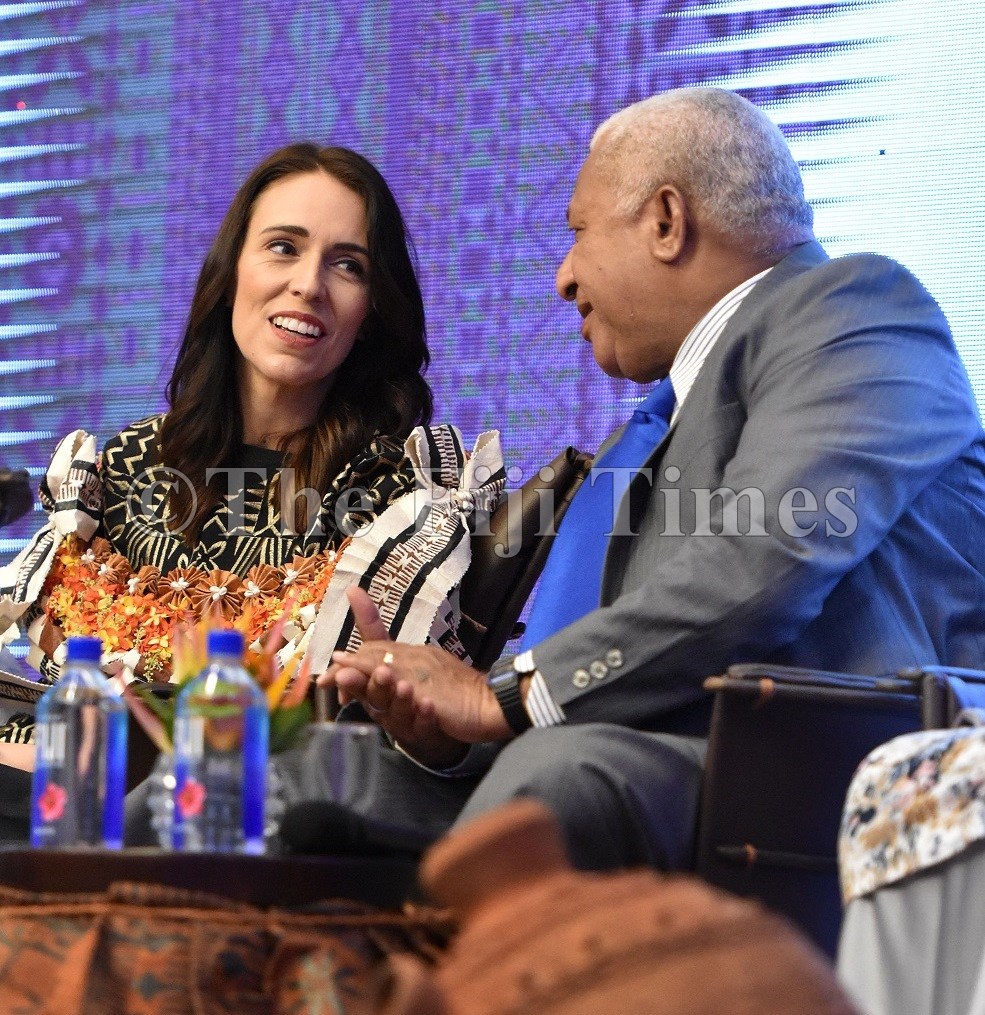 He made the comment while welcoming New Zealand Prime Minister Jacinda Ardern yesterday.

Mr Bainimarama said through Ms Ardern’s inclusive and compassionate brand of leadership, she had earned a profile that extended far beyond New Zealand, winning the hearts and minds of people in Fiji and all around the world.

When we talk about Ms Ardern, it’s difficult to shrug aside memories of the terror attacks in Christchurch last year.

There can be no doubts about the impact the horrific killings in mosques in Christchurch had on the world.

It emphasised the fact that the global community is very tightly linked, and the world is quite small with the advent of technology and progressive development.

The senseless killings sent shockwaves across the world.

The outpouring of condemnation from around the world was expected.

World leaders came out quickly with messages of support, shock and sympathy.

The sounds of gunfire, and the ruthless hunger for death, had shattered once peaceful settings.

In the face of this horror, Ms Ardern’s leadership was exemplary.

She captured the imagination of the global audience.

When all hell appeared to break loose, Ms Ardern walked the talk.

She was at the side of victims, embracing them, comforting them, and encouraging them.

To mark the anniversary of the terror attacks on March 15, Ms Ardern will appear on the cover of Time magazine.

According to the NZ Herald, the publication released a teaser of the front cover.

It featured a picture of Ms Ardern next to the quote: “Know us by our deeds”.

Her demeanour, humility and actions earned her respect and developed a following.

There are many things we can learn as leaders from Ms Ardern.

As the New Zealand PM, she has never been afraid to take the lead on issues of national importance.

Some of her actions, to some extent, went against the grain, so to speak.

Yet they touched the hearts and the minds of Kiwis.

We realise that consideration must be there always for the people.

When all things are said and done, it is quite important for us to be reminded about our roles as leaders, and where the people sit in the greater scheme of things.

It obviously hasn’t been all rosy for Ms Ardern’s government though.

Her visit to our country has also not been without issues.

But reflection is quite important.

It sets the base for us to improve moving forward.

We take this opportunity to welcome Ms Ardern to our country, and hope her actions will leave an indelible impression on the minds of Fijians.

We look forward to our leaders nurturing strong ties between our two countries well into the future.