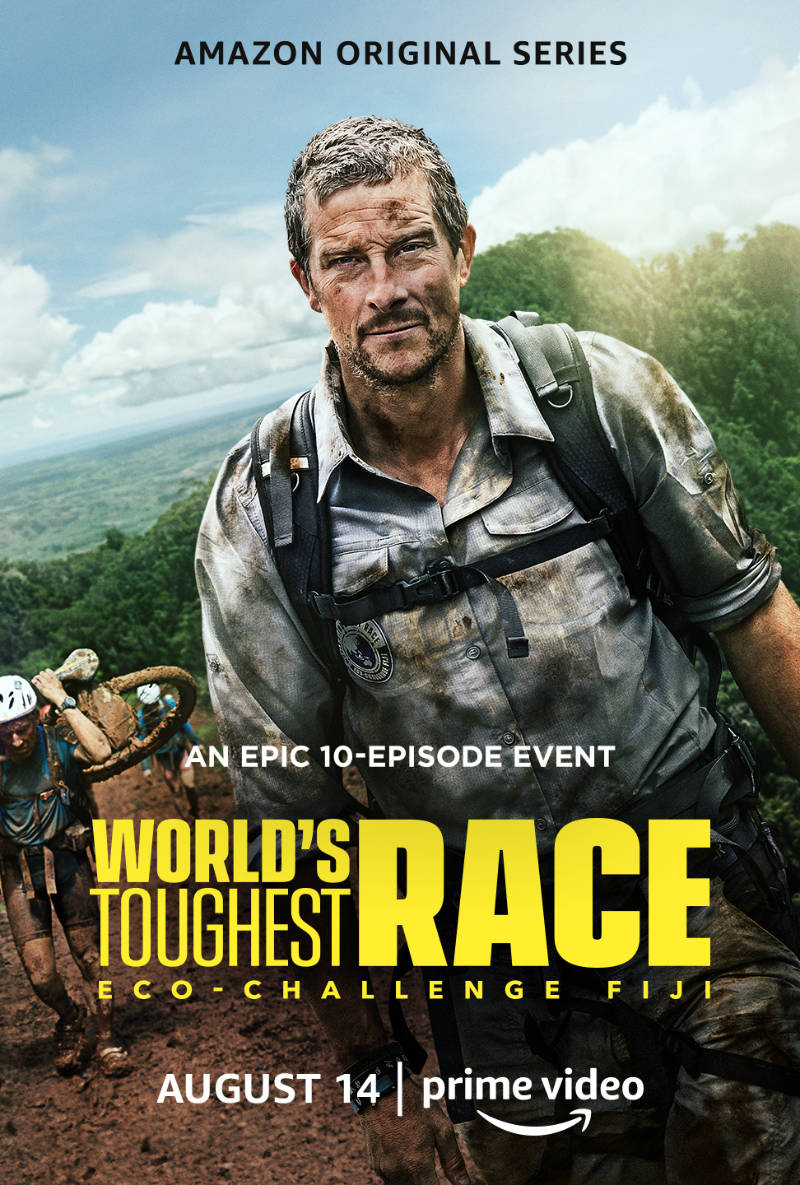 A poster of World’s Toughest Race: Eco-Challenge Fiji that was released last night.

A new posters and trailer for Eco-Challenge were also released last night by the TV Company.

“This is not a normal adventure race,” Bear Grylls says in an exclusive clip for the premiere of World’s Toughest Race: Eco Challenge Fiji.

“There’s mountains, jungles, rivers, ocean, and it is brutal.”

The series has 66 teams from 30 countries in a non-stop race for 11 days, 24 hours a day, across hundreds of miles of rugged Fijian terrain.

“The course is relentless, so every step is a victory,” says one contestant. Adds another, “I have no clue what to be afraid of, but I’m about to find out.”

The greatest challenge was the 671 kilometers of terrain which stood between the competitors and the finish line.

“For those still going is a real testament to their grit,” Grylls says.