‘EC to handle matters on SoE’ 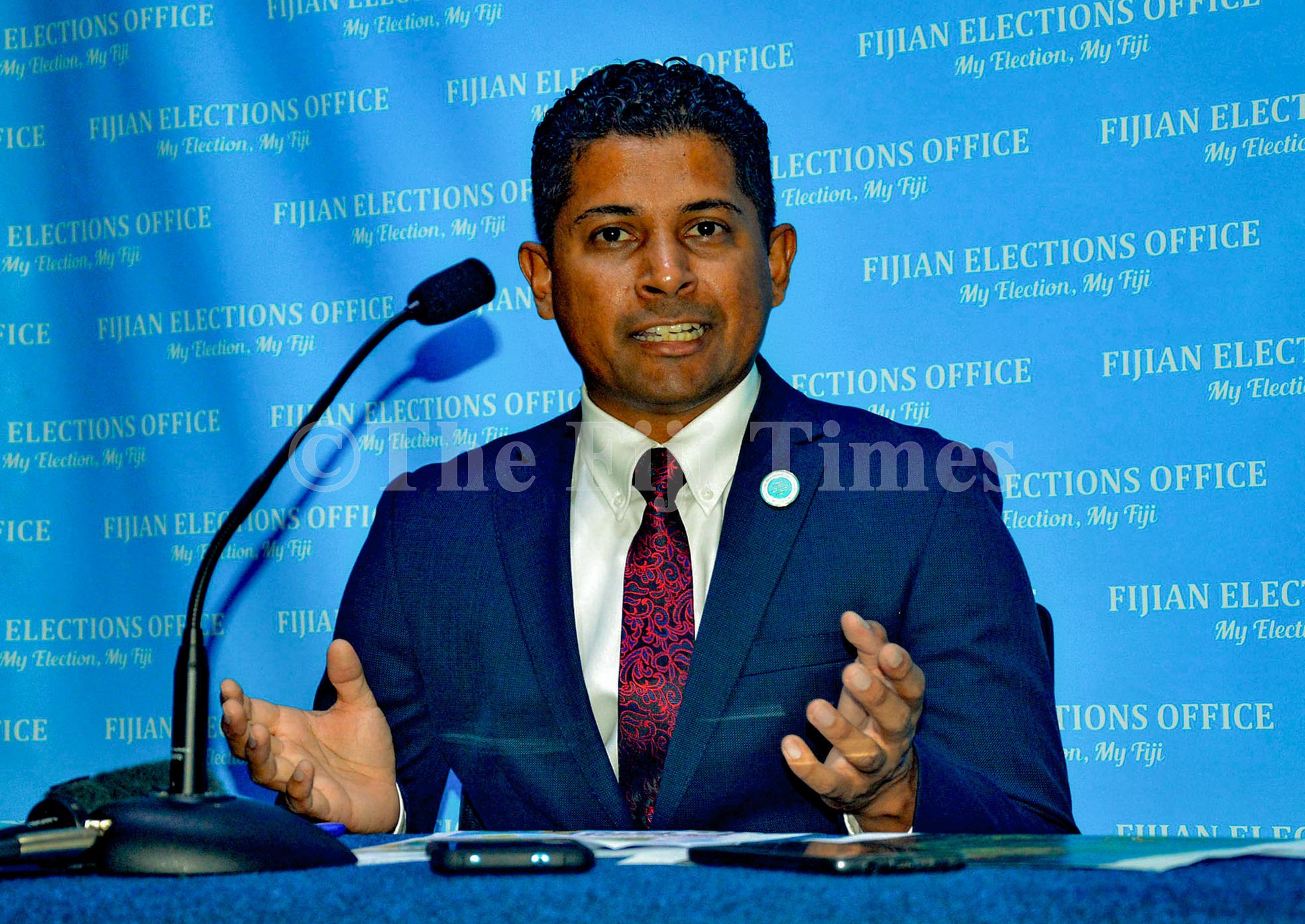 Supervisor of Elections, Mohammed Saneem speaks to the media during a press conference at the Fijian Elections Office in Suva on Monday, March 22, 2021. Picture: JONACANI LALAKOBAU/FT FILE

How the Electoral Commission (EC) deals with complaints against the Supervisor of Elections (SoE) “does not need to be reflected in the electoral laws”, the Parliament Standing Committee on Justice, Law and Human Rights stated in its review report of the 2018 General Election Joint Report by the Electoral Commission and the Supervisor of Elections.

The report was tabled in Parliament last Wednesday. The committee considered a recommendation that the EC develop and publicise procedures on how it dealt with complaints against the SoE.

“This is an administrative matter that does not need to be reflected in the electoral laws,” the report stated.

“The EC has on previous occasions dealt with complaints against SoE and its decisions have normally been relayed in writing to the complainant.

“In situations where a complaint against the SoE is dealt with, he usually is excused as the EC secretary so the EC could deliberate on the issues against him.

In the meantime, the EC is also amending its complaints procedure and this will be published before the next General Election, once it is finalised.”