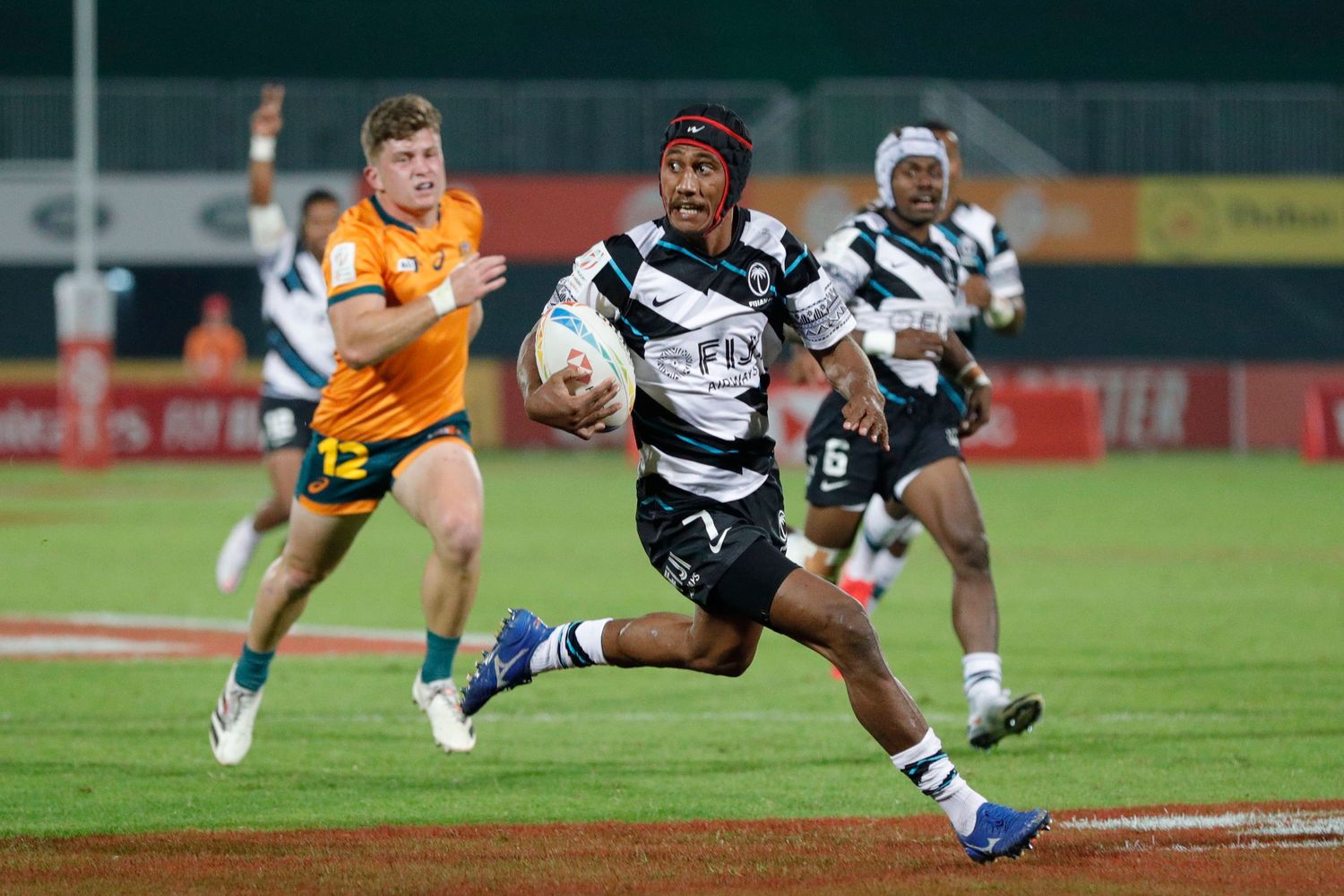 The 2021 Dubai 7s tournament was held as two on consecutive weekends in late November and early December.

They were played as the 51st season of the Dubai 7s, following the cancellation of the 2020 tournament due to impacts of the COVID-19 pandemic.

The tournaments were the opening events of the 2021-22 HSBC World Rugby Sevens Series (WRSS). Due to the ongoing impacts of the pandemic, the first event was played behind closed doors with no spectators allowed, but the second event was played in front of a full crowd at The Sevens Stadium.

However, only 12 men’s teams instead of the usual 16 competed, so the Olympics format of three pools with four teams in each was used.

Neil Powell’s men were impressive and played as a unit. The exposure the green machine gained while playing in the Vancouver and Edmonton 7s tournaments had given them the edge over their opponents.

The Blitzboks were prepared physically, mentally and spiritually, and this was evident with the way they played in the eliminations. They played like men possessed.

Their structure, set-piece, attack and defensive line were well organised, and was a class above the rest of the pack although France and Australia came close to an upset.

The Blitzboks held onto the opponents’ onslaught, and did enough to make it back-to-back in the Dubai heat.

On the other hand, by the time the Fiji men’s 7s team concluded their second pool match vs Spain, many fans had lost interest in the tournament. Ironically, a lot of interest had shifted and generated towards the Fijiana 7s team which remained unbeaten on day one.

The men’s 7s team started on a high note in the first tournament as they remained unbeaten in pool play.

The back-to-back losses in pool play meant that Fiji had lost four matches in a row.

Our players regrouped and thrashed Argentina 40-7, but it was a little too late, and although Fiji had a better point differential than Spain, the Spanish edged us to finish third in pool, and for the second time Fiji was knocked out of the Dubai 7s tournament from pool play.

Ironically, in 2019 France and Argentina had the better over us, and last week the Les Bleus and Los Pumas were ranked above Fiji.

France and Argentina reached the semis, but lost to South Africa and Australia 19-12 and 40-0, respectively, and the Los Pumas settled for bronze medal after belting France 38-21.

While Fiji was knocked out of the battle for gold and silver, the fighting spirit and character shown in their last two battles drew a lot of positive vibes. Fiji beat Canada 33-19 and Spain 31-7 to settle for ninth spot. With 11 debutants on the circuit and playing in front of almost 100k fans, the boys took time to settle.

However, I’m positive that Saiasi Fuli and the young boys have learnt valuable lessons as we prepare to travel to Spain in January.

We need to focus on winning restarts, making one-on-one tackles, communicating on the field and being aggressive at breakdown, which is the strength of teams like Kenya, Argentina, France, the US, South Africa and Australia.

The Dubai leg is water under the bridge, and we must look to the battle in Spain which kicks off in January and where Fiji is pooled against South Africa, England and Scotland.

We lost our coach Gareth Baber and trainer Naca Cawanibuka. From the team management to the players, we made wholesale changes, so results will take time.

Other sides on the circuit- the US Eagles, Australia, South Africa, Kenya, Argentina and France have retained bulk of their players and team management so they are doing well.

Hence, there is no need to press the panic button. With more game time, I’m banking on our boys to become explosive, heading to the RWC 7s tournament and the Commonwealth Games 7s competition.

 RAJNESH LINGAM is a contributor to this newspaper. The views expressed are his and not necessarily of this newspaper or his employer.