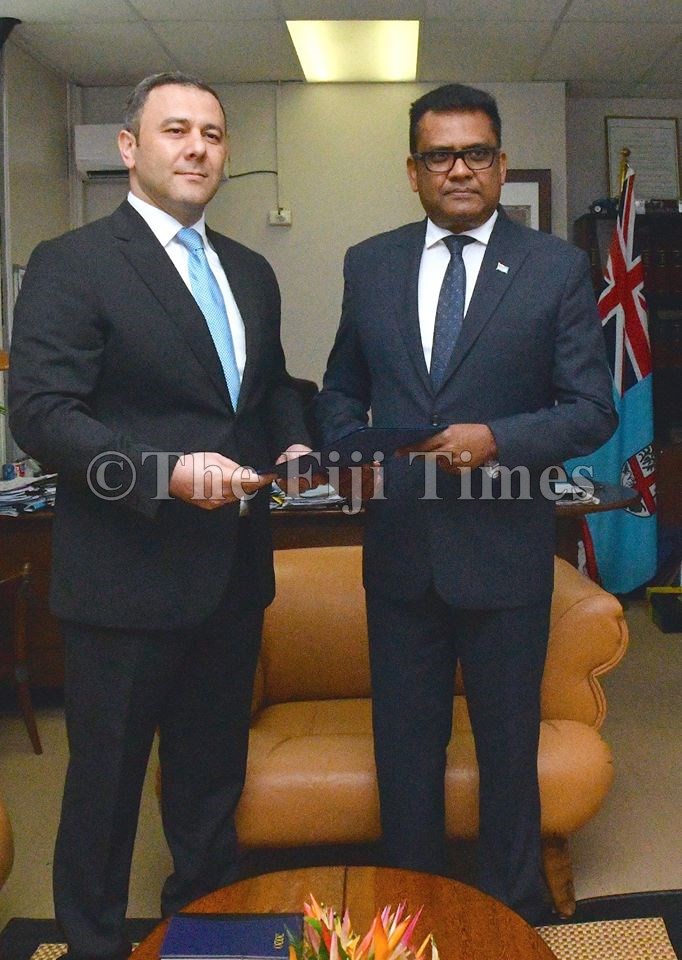 THE Permanent Secretary of the Office of the Prime Minister, Yogesh Karan today received the credentials of the Director of the International Labour Organisation (ILO) Pacific Island Countries, Matin Karimli.

According to Government statement Mr Karimli  before his appointment as director was the deputy Minister for Labour and Social Protection of Population of the Republic of Azerbaijan.

Mr Karimli has 17 years of experience in international affairs.

In 2012, he was the Director of International Relations in the Ministry of Taxes and later on became the Deputy Minister for Labour and Social Protection of Population.

As the Head of the ILO office looking after the Pacific Island Countries, Mr Karimli will be responsible for promoting social justice and decent work across the 22 countries in the Pacific.

Technical assistances provided to Fiji includes the implementation of ILO instrument and ratification of the Violence and Harassment Convention 2019.

Through continuous collaboration with Fiji, the ILO and the Ministry of Employment, Productivity and Industrial Relations will work towards the implementation of development goals aimed at eradicating forced labour, modern slavery and human trafficking by 2030 and secure the prohibition and elimination of worst forms of Child Labour by 2025.