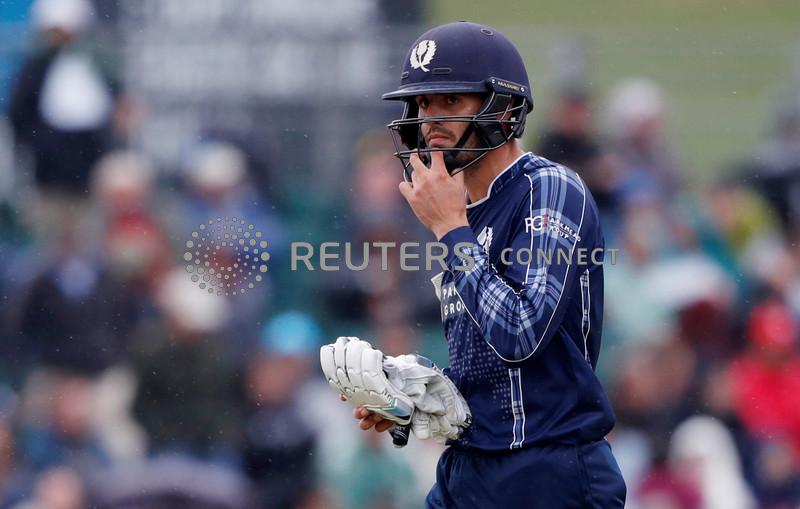 (Reuters) – Scotland are brimming with confidence ahead of their Super 12 clash against Afghanistan and the side want to use the Twenty20 World Cup as a platform to push their case to become cricket’s next full member, batsman Calum MacLeod said on Sunday.

The Scottish side won all three matches in the preliminary round, including a victory over Bangladesh, to seal their spot in Group Two and play Afghanistan in Sharjah on Monday.

Scotland, currently an associate side, have long harboured hopes of getting promoted to become full members – the elite group of teams permitted to play in the traditional five-day test matches.

The International Cricket Council has 12 full members, with Ireland and Afghanistan the last teams to be promoted in 2017.

Progressing to the Super 12 stage will allow Scotland, who famously defeated England in a 50-over international three years back, opportunities to rub shoulders with the game’s elite.

“I think it’s hugely significant, not just for the team but for the organisation and some of the aspirations that Cricket Scotland have,” MacLeod, 32, told reporters.

“We want to be the leading associate, and we want to push our case to be the next full member.

“I think if you look specifically at the way Afghanistan and Ireland did it, they did it from doing well at World Cups, and I think we’ve now got five great opportunities to go out and show world cricket what this organisation and the team is about.”

Their first Super 12 clash will be against a side teeming with spin-bowling talent and MacLeod, who hit a century in Scotland’s win over England, said his team would need to stay aggressive against the Afghans.

“The good thing of having the first round is that we’ve come in with confidence,” he said. “It’ll be Afghanistan’s first game in the tournament, and we can also go in there and put some pressure on them.

“We’ll come and play the aggressive type of cricket we want to play.”