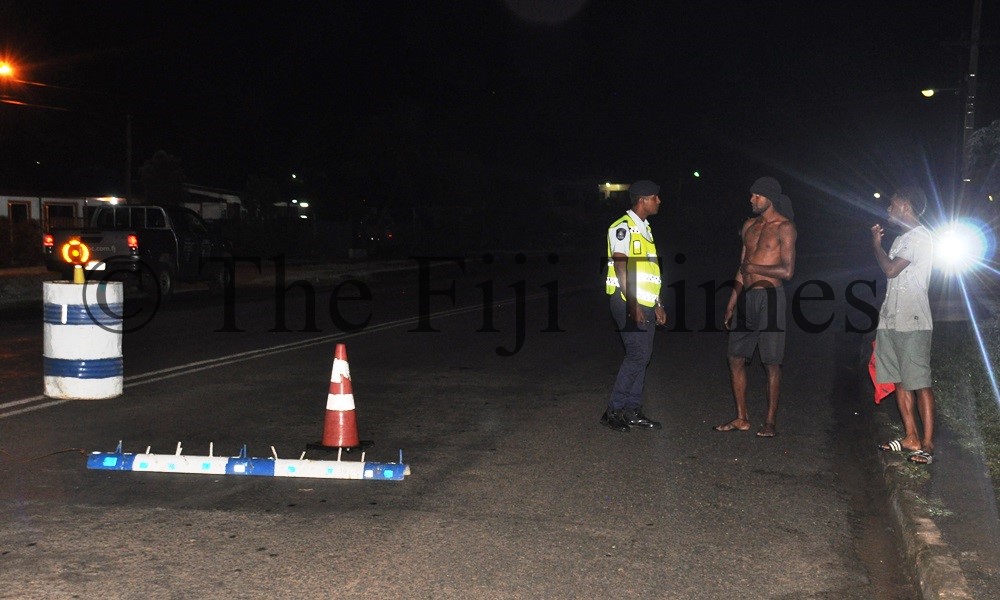 Police in Labasa talks to members of the public at the Naodamu checkpoint. Picture: LUKE RAWALAI/FILE

Three juveniles were among the 19 people arrested in the last 24 hours for breach of curfew.

According to police, two of the three juveniles were found drunk and in possession of illicit drugs believed to be marijuana.

“The other case involved a 17 -year old who was found loitering at the Samabula area.All these cases were recorded in the Southern Division with seven others bring it to a total of ten people who were arrested in this division,” said Police Commissioner Brigadier General Sitiveni Qiliho.

Brig-Gen Qiliho added four men were found drunk at the Samabula area while another case of loitering was recorded at the Nabua area.

The Western Division recorded five cases including three people who were found loitering at the Nadi and the Ba area while two others were found drunk at the Namotomoto area in Nadi and Lautoka.

Three people were arrested in the Central Division and all were found loitering along the Rewa Street area.

The lone case in the North involved a 38- year old man who was found drunk at the Savusavu area.

Parents and guardians are advised that the need to keep a close watch on your children is vital, not forgetting that it’s also important to show them the right path to follow.