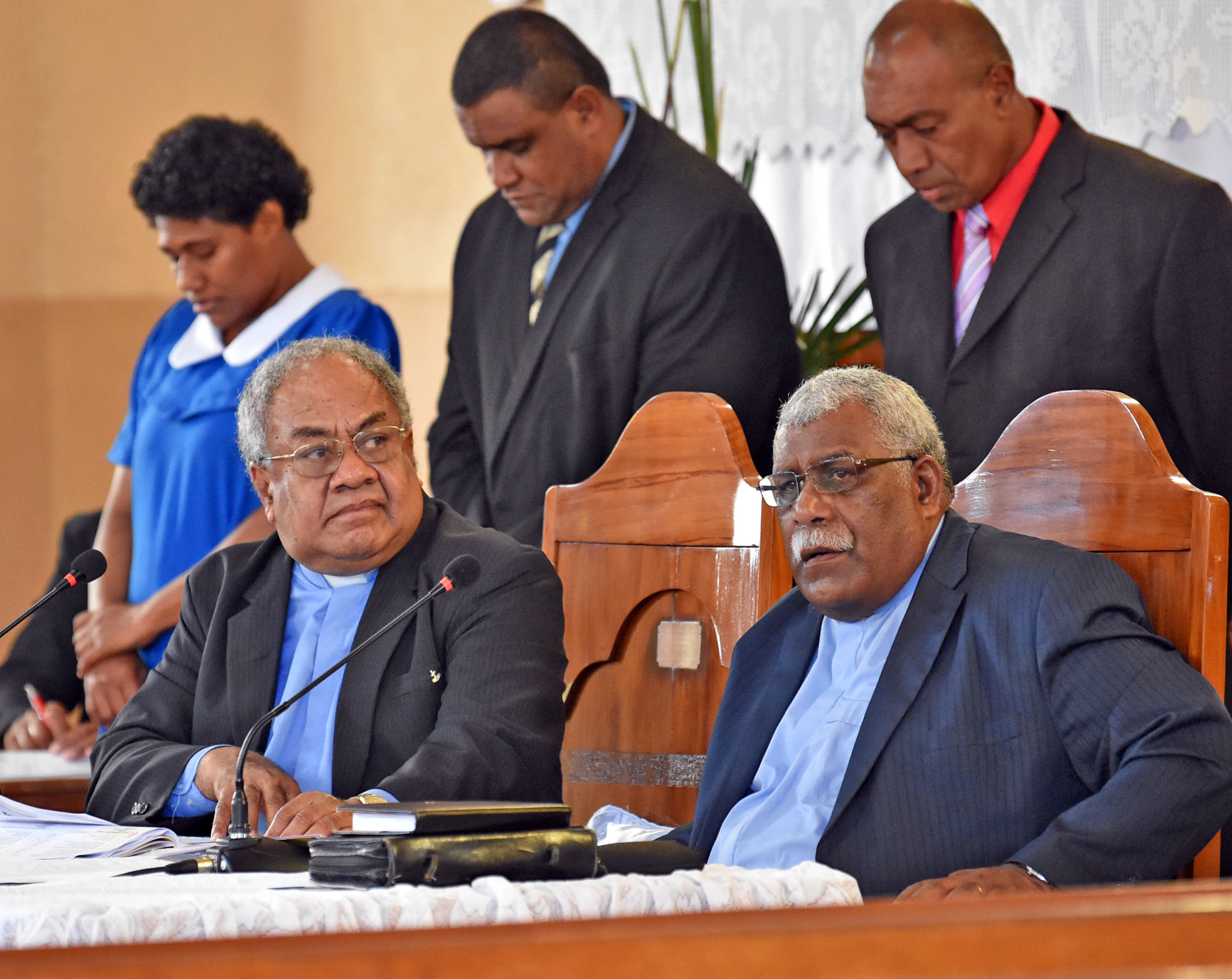 President of the Methodist Church in Fiji and Rotuma, Rev. Dr Epineri Vakadewavosa, sitting left, and general secretary Rev. Ili Vunisuwai with members during their meeting at the Centenary Church in Suva on Friday, August 16, 2019. Picture: JONACANI LALAKOBAU

THIRTY six church ministers of the Methodist Church in Fiji and Rotuma owe money to the church.

The church’s financial statement that was presented during the church’s annual conference showed that the total amount of money owed to the church by the ministers stood at $28,969.

During the last day of their meeting at the Centenary Methodist Church in Suva yesterday, some of the ministers proposed that the amount owed to the church by the ministers should be written off.

In response, the church’s president the Rev Dr Epineri Vakadewavosa said the church leaders must pay off their debts.

He said members of the church and also the church was able to clear their debts and this must be a practice and such suggestion must not be welcomed.

Church’s secretary for communication and overseas mission Rev Wilfred Regunamada said the church used to loan money to ministers of the church to assist them in their daily living as their income was not sufficient.

Mr Regunamada said the church stopped giving out loans to church ministers two years after their salary was increased from $5000 to $7000.

He also said that church ministers were now assisted by members of their own church in their respective divisions.