Biden says U.S. and world security depend on Pacific security 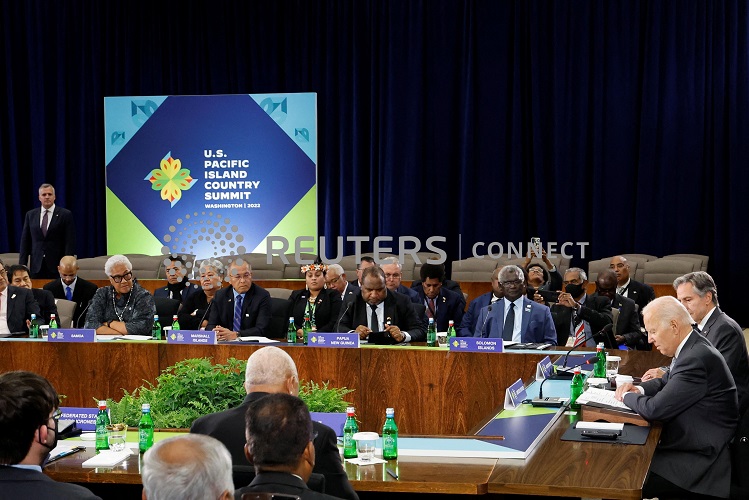 WASHINGTON (Reuters) – U.S. President Joe Biden told Pacific island leaders on Thursday that the security of the United States and the world depended on security in their region.

Biden spoke at the State Department where the United States is hosting more than a dozen leaders and representatives of Pacific island countries as part of an effort to stem China’s expanding influence in the region.