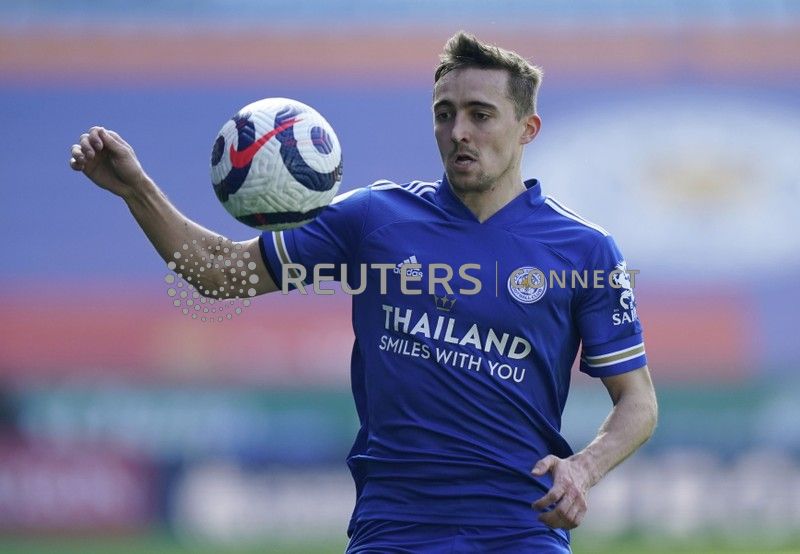 BRUSSELS (Reuters) – Belgium defender Timothy Castagne has undergone surgery on a double fracture of his eye socket suffered in the European Championship at the weekend, officials confirmed on Wednesday.

The fullback was injured in a heavy collision with Russian Daler Kuzyaev in the first half of Saturday’s 3-0 Group B win in St Petersburg, fracturing the eye socket below and to the right of his right eye.

He was immediately substituted and within hours had been ruled out of the tournament by coach Robert Martinez, though he has told team mates he wants to be back for the closing stages if Belgium progress that far.

Castagne underwent the operation on Tuesday.

Dennis Praet, his Belgium and Leicester City team mate, told reporters: “He’s a good friend so it’s a real shame. He really wanted to be important for the ‘Red Devils’ in this tournament. Maybe a miracle will happen and he can come back at the end.”

Castagne had been chosen as Belgium’s first choice right back ahead of Thomas Meunier, who replaced him in Saturday’s match and scored Belgium’s second goal seven minutes after coming on.