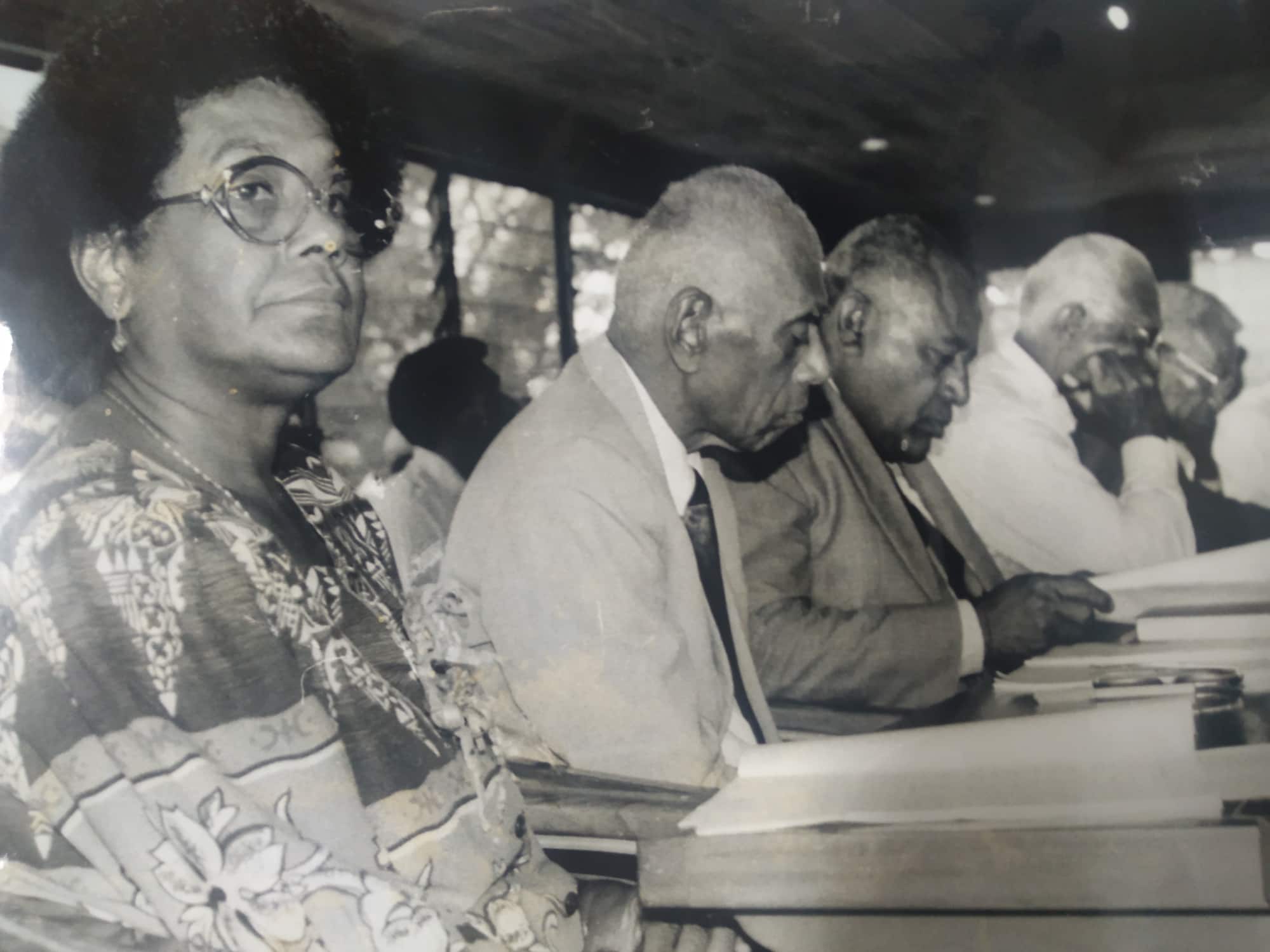 The late Adi Litia Cakobau (closest to the camera) at a Tailevu Provincial Meeting in 1993. Picture: FT FILE

Tailevu chief and Roko Tui Namata, Ratu Paula Halaiwalu confirmed this saying he has been traditionally informed of Adi Cakobau’s death who passed away at her home in Lautoka on Tuesday last week.

Ratu Paula said as per her last wishes, Adi Cakobau as she is commonly known would be laid to rest at the chiefly burial grounds in Namata where her mother, the late Adi Veniana Gavoka is from.

The second child of  Ratu Sir George Cakobau, who was Fiji’s Governor-General and Vunivalu of Bau, the former Senator will be finally laid to rest this Friday.