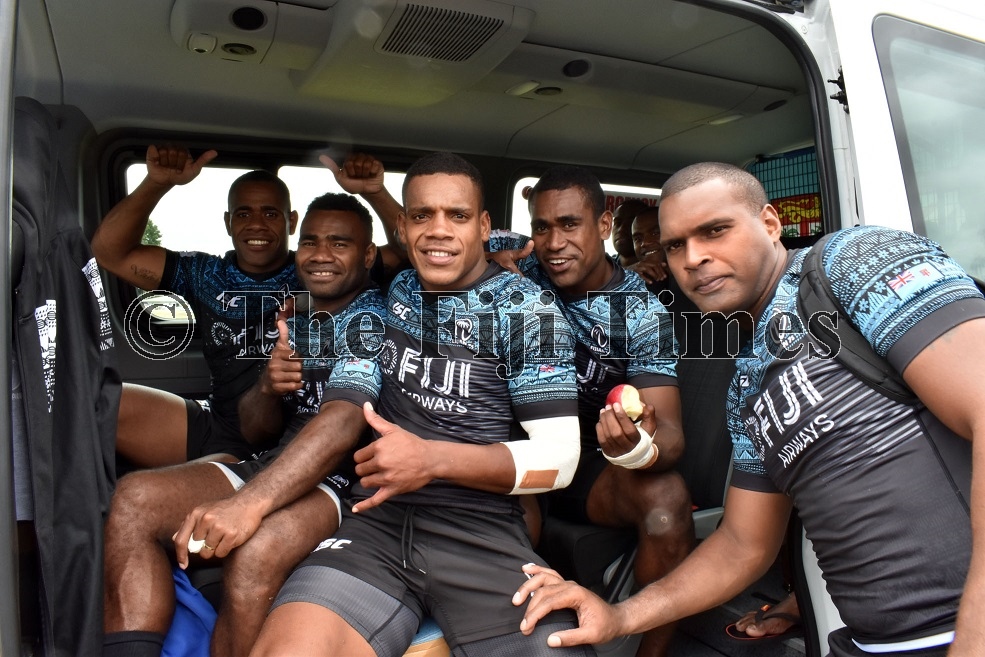 The Fiji Airways Fiji 7's gladiators after the training at Elliott Park at Dawton in Hamilton. Picture: RAMA

Baber has opted for a balance between forwards and backs to tackle the strong opponents in the do or die pool games with winger Alasio Naduva named the 13th player.

“Utility players Waisea Nacuqu, Livai Ikanikoda and Napolioni Ratu can play in several positions in the back-line, offering us flexibility in our approach to each opponent” said Baber in a FRU statement.

The Fiji Airways Fijian 7s kicks off its campaign against Samoa at 12.47pm on Saturday and then faces Australia at 6.35pm.

They meet Argentina in their final pool match at 11.57am on Sunday.