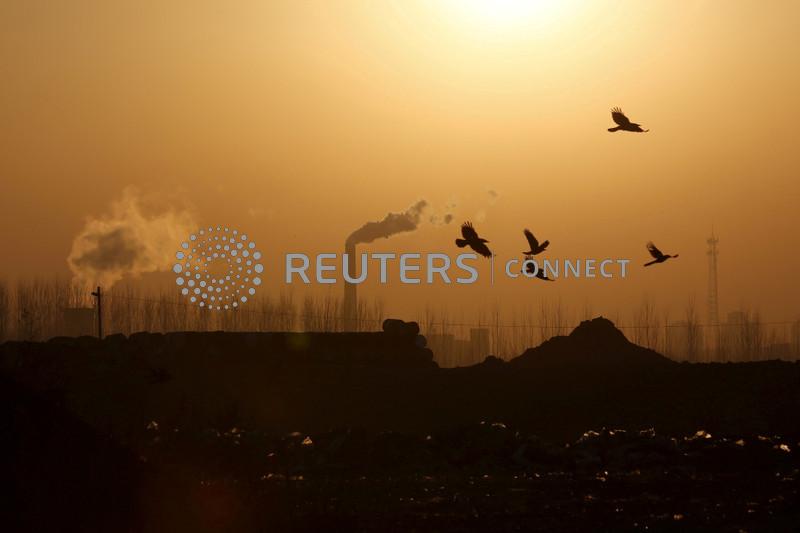 FILE PHOTO: Birds fly over a closed steel factory where chimneys of another working factory are seen in the background, in Tangshan, Hebei province, China, February 27, 2016. REUTERS/Kim Kyung-Hoon/File Photo

CANBERRA (Reuters) – Australia’s cabinet is expected to formally adopt a target for net zero emissions by 2050 when it meets later on Monday to review an deal reached between parties in Prime Minister Scott Morrison’s coalition government, official sources told Reuters.

A junior partner in Australia’s coalition government on Sunday said it would support a target of net zero emissions by 2050, a policy that Morrison will take to the U.N. COP26 climate summit next weekend.

National Party leader Barnaby Joyce said the terms of the agreement would not be disclosed publicly until the cabinet has had a chance to review the proposed deal.

The cabinet is set to meet late on Monday, two sources familiar with the cabinet’s schedule told Reuters. Barring any unexpected delay, the government would then formally adopt the climate target, they said.

The deal is not universally popular within the coalition, and Joyce has been reported by media as telling his party that he opposes the net zero target.

Australia’s coalition has been divided over the issue of tackling climate change, and the government has said harder targets would damage the country’s A$2 trillion economy.

But Morrison is under intense pressure at home and aboard. He faces an election by May 2022, and a poll published earlier this month showed a record number of Australians are worried by climate change.

Morrison already faces an uphill task to secure re-election, with a poll on Monday showing support for his government at its lowest in three years.